Fragnut. Confused? Well so is everyone else at Lumiere Hall Prep when sixteen-year-old Rubie Keane rolls in from Trinidad and Tobago talking her weird lingo. Not that she minds the culture confusion; she's determined to leave the past behind her and be overlooked—but a certain stoic blue blood is equally as determined to foil her plans.

Gil Stromeyer's offbeat personality initially makes Rubie second-guess his sanity, but she suspects his erratic outbursts of violence mask a deeper issue in his troubled, charmed life. Despite his disturbing behavior, a gradual bond forms between the two. However, on the night of the annual Stromeyer gala, events unfold that leave Rubie stripped of her dignity and kick Gil's already fragile world off its axis.

Both their well-kept secrets are uncovered, but Gil's revelation proves that sometimes the best remedy for a bad case of lost identity, is a dash of comradery from an ally packed with flavor.
Goodreads | Amazon | Barnes&Noble

DISCLAIMER: I received a copy of this book in exchange for an honest review. Will be sweet and simple.

Ever wondered what it would be like to read a book about two people who find themselves in each other's vicinity, but they don't fall in love with each other? Then you are in for an awesome surprise. I feel that I should let the description speak for itself, because I do not want to give away too much, unless you already read this book. If that is the case, comment below and tell me your thoughts on the book.
First off, fragnut. I started using this word after reading this book. It is very interesting to read all the Trini phrases, as well as Rubie's personal vocabulary.

Rubie is an intriguing character. Her relationship with her sister, and her brother-in-law, is admirable. When Gil is introduced, you immediately start to like this mystery guy. Ben is a different story, because you expect a love triangle, but nope.

My Rating: 5 of 5 Stars.
This is the first book that I have ever read where the "good friends" do not see each other as anything but a good friend. All the way through, I did expect Gil and Rubie to suddenly flick a switch and decide they needed more of each other than just a friend, but it never came. I like that, a lot. I think I might have lost sleep over a few parts in the book. I had chest pains when I woke up, because I finished reading right before falling asleep. I want a friend like Gil. I mean, maybe not as . . . dark as Gil, but Gil all the same. That will not makes, but I mean it. To be frank, I am actually quite lost in finding words. For this to be a debut novel! My opinion? This is an automatic MUST READ. I cannot wait for more! 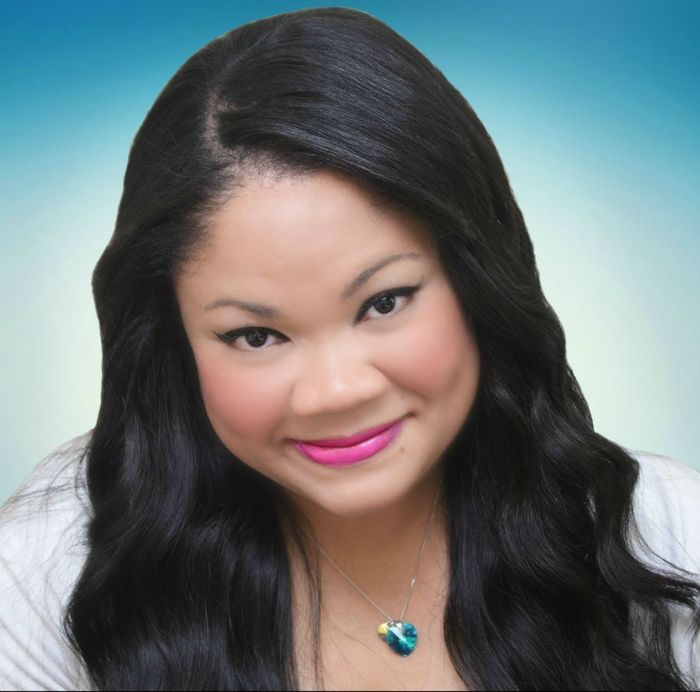 About the Author
Kimberley Nadine Knights knew when she kept willingly opting out of parties so she could stay home and write instead, that she was destined to be an author.
Born and raised in the tropical twin islands of Trinidad & Tobago, when this Caribbean girl isn’t creating new plotlines for her ever growing lineup of fictional characters, she spends her time strumming her guitar to indie rock songs and snapping once in a lifetime photos halfway across the globe in countries such as Estonia, Finland, Sweden, Denmark and France.
She's an avid fan of The Walking Dead series and firmly believes that The Food Network should consider her being a judge on the next Chopped challenge. "The Cilantro in Apple Pie" is her debut novel.
Goodreads | Website | Twitter