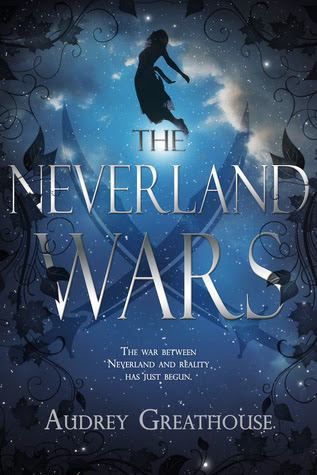 
Magic can do a lot—give you flight, show you mermaids, help you taste the stars, and… solve the budget crisis? That’s what the grown-ups will do with it if they ever make it to Neverland to steal its magic and bring their children home.
However, Gwen doesn’t know this. She’s just a sixteen-year-old girl with a place on the debate team and a powerful crush on Jay, the soon-to-be homecoming king. She doesn’t know her little sister could actually run away with Peter Pan, or that she might have to chase after her to bring her home safe. Gwen will find out though—and when she does, she’ll discover she’s in the middle of a looming war between Neverland and reality.
She’ll be out of place as a teenager in Neverland, but she won’t be the only one. Peter Pan’s constant treks back to the mainland have slowly aged him into adolescence as well. Soon, Gwen will have to decide whether she’s going to join impish, playful Peter in his fight for eternal youth… or if she’s going to scramble back to reality in time for the homecoming dance.

Goodreads / Amazon / Barnes & Noble / Kobo / iTunes / Smashwords
EXCERPT:
A flash of lightning electrified the sky, shooting light through the forest with a jarring pang. The boom of thunder followed immediately after. The sky was grey and the clouds shifted like a swarm of dark fish in a pond. Gwen feared she would be caught in a storm, but not a drop of rain had fallen yet.
All at once, Gwen found herself in a meadow. She had never been here before; she knew that. Wildflowers cropped up in sporadic clumps, and the long, green grasses were uncut at her calves. The tree line had suddenly broken. One minute, she was racing through the forest, the next, she was floating here. Pausing to catch her breath, she ironically felt safer in this open area than in the claustrophobic security of the forest. She landed gently, unthinkingly. Turning her head to the sky, she saw the faint grey clouds blowing and rolling away. Darker clouds seemed to be coming to take their place.
On the other side of the meadow, Peter burst into the clearing. Bramble was leading him, guiding the boy to poor, lost Gwen. If Gwen had understood the fairy language, she would have already known that.
“Gwenny!”
“Peter?” Gwen shouted. She ran to him, and between her bounding strides and his quick flight, they met in the middle of the meadow, cornflowers and lilacs growing up around them. Perhaps if he had been on the ground initially, she would have hugged him. Peter lingered in the air for just a moment though, and by the time he landed, the impulse to hug each other had melted away into urgent discussion. “What are you doing out here?” His voice carried the sort of anger that only accompanied concern.
“I got lost in the woods; I was trying to come back. Is something wrong, Peter?”
Bramble flitted back and forth, pacing in the air, objecting to Peter and Gwen having this conversation now, rather than when they were safely underground.
“The opposition, they’ve launched an attack. We’ve got to get to cover.”
“What? No, it’s just a storm.” Gwen didn’t understand what Peter was telling her, but she had already made up her mind that she didn’t believe it.
“Gwen-dollie, we’ve got to go. There’s—”
The sky was suddenly drained of light. The thin, grey clouds that had blocked the sun were eclipsed by darker, brooding storm clouds, and as the daylight faded, small, grey flecks began to rain down. As they drifted softly, Gwen knew it wasn’t rain. Her attention was as captivated as Peter’s was, but she did not understand what it was the way he did. “Snow?” she asked quizzically, looking at the grey and dirty powder as it started to fall around her.
Peter held out his hand and caught a flake of it, crushing it in his hand. It left a smoky residue on his palm. “Ash.”
The winds picked up, and more of the ash furiously fluttered down. It became larger, and Gwen could hardly comprehend the charred flecks of paper that were plummeting down. Peter zipped up into the air, jumping more than flying, to grab a large square of it. He came back down immediately, a look of horror on his face.
“Peter, what is it?” Gwen pled, hoping that her fear was born of her unknowing, that if she only had answers she wouldn’t be afraid, but from the look on his face, she knew that answers would only bring more fear.
The invisible hand of the wind grabbed the paper from out of Peter’s hold. It blew straight to Gwen. Catching it, she realized it was a page from out of a newspaper; the title read—ISIS ATTACK ON ERBIL; HUNDREDS DEAD.
She had seen newspaper headlines before, but this news did not belong here. Not in Neverland. It was too dark, too terrifying of a thing to read amid the lilacs and cornflowers. Again, she begged, “What is this, Peter?”
The page was torn out of her hand by the vindictive wind. Peter answered her, with a word she had never feared so greatly. “Reality.” 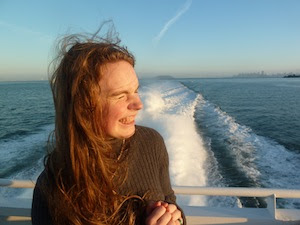 Author Bio:
Audrey Greathouse is a lost child in a perpetual and footloose quest for her own post-adolescent Neverland. Originally from Seattle, she earned her English B.A. from Southern New Hampshire University's online program while backpacking around the west coast and pretending to be a student at Stanford. A pianist, circus artist, fire-eater, street mime, swing dancer, and novelist, Audrey wears many hats wherever she is. She has grand hopes for the future which include publishing more books and owning a crockpot. You can find her at audreygreathouse.com