#CoverReveal & #Giveaway: In the Absence of You by Sunninva Dee @sunninvaD @XpressoTours 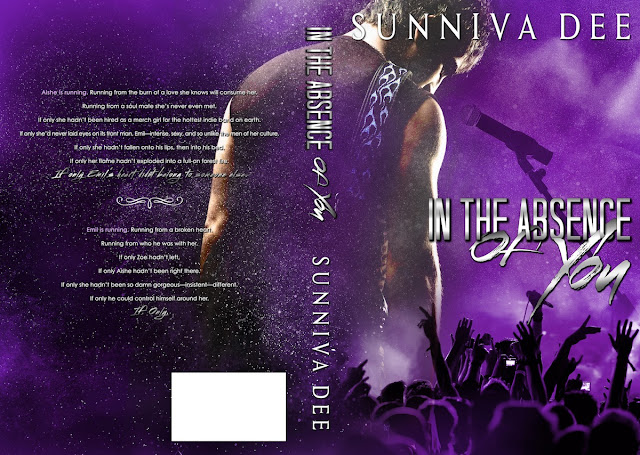 About the Author
Between studies, teaching, and advising, Sunniva has spent her entire adult life in a college environment. Most of her novels are new adult romance geared toward smart, passionate readers with a love for eclectic language and engaging their brain as well as their heart while reading.
Born in the Land of the Midnight Sun, the author spent her early twenties making the world her playground. Southern Europe: Spain, Italy, Greece--Argentina: Buenos Aires, in particular. The United States finally kept her interest, and after half a decade in Los Angeles, she now lounges in the beautiful city of Savannah.
Sometimes, Sunniva writes with a paranormal twist (Shattering Halos, Stargazer, and Cat Love). At other times, it's contemporary (Pandora Wild Child, Leon's Way, Adrenaline Crush, Walking Heartbreak, and Dodging Trains, coming in late March 2016).
This author is the happiest when her characters let their emotions run off with them, shaping her stories in ways she never foresaw. She loves bad-boys and good-boys run amok, and like in real life, her goal is to keep the reader on her toes until the end of each story.