Hello! If you are reading this, you probably already know who I am. For those of you who do not, I shall make a brief introduction.
I am Hadassah Harper, and I am an aspiring author on Wattpad.com - The soul purpose of this new blog is so that I can post reviews and my opinions on some of the books I read. I figured that the best way to become acquainted with the book world, I should read a bit more. Now, because I think it should be re-posted, check out the cover reveal I participated in yesterday! 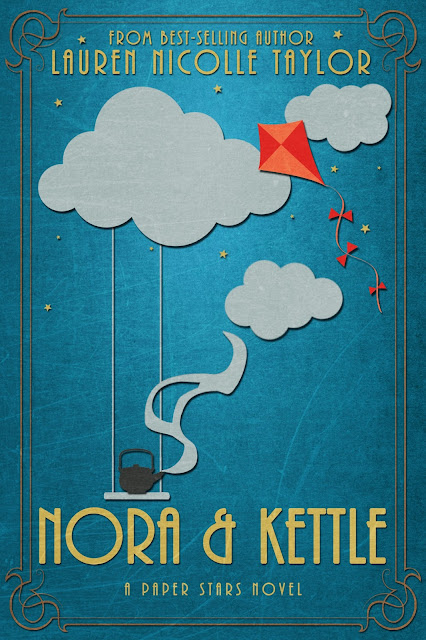 
What if Peter Pan was a homeless kid just trying to survive, and Wendy flew away for a really good reason?


Seventeen-year-old Kettle has had his share of adversity. As an orphaned Japanese American struggling to make a life in the aftermath of an event in history not often referred to—the internment of Japanese Americans during World War II and the removal of children from orphanages for having “one drop of Japanese blood in them”—things are finally looking up. He has his hideout in an abandoned subway tunnel, a job, and his gang of Lost Boys.


Desperate to run away, the world outside her oppressive brownstone calls to naïve, eighteen-year-old Nora—the privileged daughter of a controlling and violent civil rights lawyer who is building a compensation case for the interned Japanese Americans. But she is trapped, enduring abuse to protect her younger sister Frankie and wishing on the stars every night for things to change.

For months, they've lived side by side, their paths crossing yet never meeting.But when Nora is nearly killed and her sister taken away, their worlds collide as Kettle, grief stricken at the loss of a friend, angrily pulls Nora from her window.

In her honeyed eyes, Kettle sees sadness and suffering. In his, Nora sees the chance to take to the window and fly away.

Set in 1953, NORA AND KETTLE explores the collision of two teenagers facing extraordinary hardship. Their meeting is inevitable, devastating, and ultimately healing. Their stories, a collection of events, are each on their own harmless. But together, one after the other, they change the world.

About the Author
Lauren Nicolle Taylor lives in the lush Adelaide Hills. The daughter of a Malaysian nuclear physicist and an Australian scientist, she was expected to follow a science career path, attending Adelaide University and completing a Health Science degree with Honors in obstetrics and gynecology.


She then worked in health research for a short time before having her first child. Due to their extensive health issues, Lauren spent her twenties as a full-time mother/carer to her three children. When her family life settled down, she turned to writing.

Be sure to check out all of Lauren's social media, follow and share the love! I am looking forward to the release of this book. I will DEFINITELY be picking up a copy when it comes out.

That is a repost from my other blog. This new blog is going to be mainly for book reviews, whether they are from Wattpad, or published authors. Thank you for checking out this new blog, and I will see you next time!