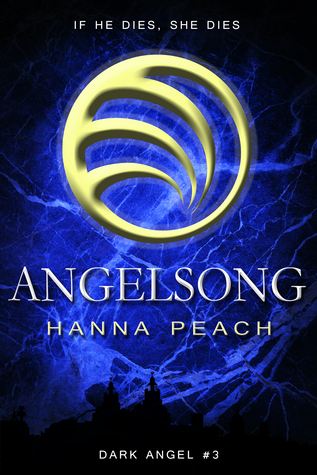 
Israel lies dying from demon poison. To save him, Alyx needs the recipe for the cure, supposedly contained within the Threads of Dark, and she needs Mayrekk’s knowledge of herbs to make it.

But Mayrekk remains imprisoned in Michaelea, being punished for his hand in Alyx’s escape, and Michael himself guards the key to Mayrekk’s freedom. The Threads of Dark is sealed within a secret chamber deep under the Archives of Urielos, a Seraphim city clinging to cliffs somewhere along the coast of Italy. Even if Alyx does manage to find a way into the city, the chamber is guarded by ancient riddles and deadly traps…

Can Alyx rescue Mayrekk and retrieve the Threads of Dark before Israel slips away?
Goodreads | Amazon 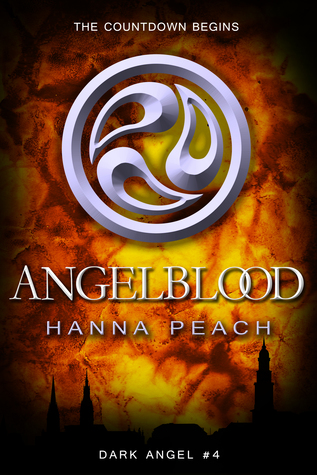 Israel seems…different since he came out of his coma. His life has been saved but Alyx had to make a deal with the devil to do so. She has to hand Israel over to Lucifer unless she finds a way to defeat Samyara. But to do this Alyx will need Israel and Jordan, the two men fighting for her heart, to work together. Can they put aside their differences long enough to defeat Samyara?

This will be Alyx’s greatest battle yet.
Goodreads | Amazon

DISCLAIMER: I received a copy of these books in exchange for honest review. (I told you I would have finished book 3 & 4 by the time my last review went up.) I will separate my reviews for both books.

AngelSong Rating: 5 of 5 Stars.
Dang it! Going through a book with a favorite character (basically) in a coma . . . Its horrible! The love triangle got more intense, which was really good! The action sequences are epic and intense. I think every portion of this book was intense, to be honest. We are now following more of some characters and less of others. With Israel not truly around, its hard not knowing if time will run out, ending the story before it has time to meet the middle. But it all works out, definitely better than I expected. I feel bad for some characters, but they will work things out, I hope. If there was a moment to cry during this series, this book holds one of those moments. It was epic and bittersweet.

AngelBlood Rating: 5 of 5 Stars.
Israel is going to live, but like every dirty deal, there is a consequence. Alyx had to make a hard decision in order for this to happen. Now she only has seven days to be rid of a certain higher demon to make the deal void. Israel has climbed the ladder and is right next to her, he is total badass. We will also learn something interesting about him, but that is not until much later. The love triangle has begun to crumble, and what a relief! I was beginning to wonder when Alyx would regain the important areas of her mind. Speaking of minds, the Guardian-bond Alyx and Israel share just got more interesting. More characters join our bunch, and there are a few surprises. Really got into it and even went back to read it over again.
Posted by Esther Hadassah at 7/10/2016 12:54:00 PM