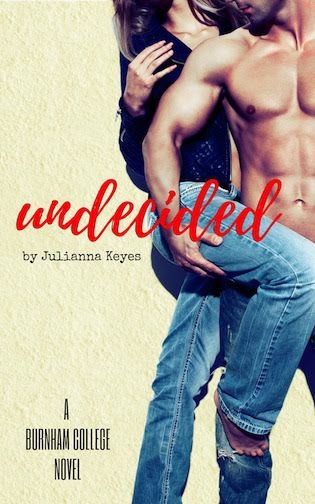 Nora Kincaid has one goal for her second year of college: be invisible. Last year’s all-party-no-study strategy resulted in three failed classes and two criminal charges, and if she messes up again she’ll lose her scholarship. But there’s one problem with her plan for invisibility, and his name is Crosbie Lucas: infamous party king, general hellraiser…and her new roommate’s best friend.
Crosbie’s reckless reputation and well-known sexcapades aren’t part of Nora’s studious new strategy, but as she’s quickly learning, her new plan is also really boring. When Crosbie’s unexpected gestures of friendship pull her head out of her books long enough to see past his cocky veneer, she’s surprised to find a flawed and funny guy beneath it all. The muscles don’t hurt, either.
But as Nora starts to fall for Crosbie, the weight of one of last year’s bad decisions grows even heavier. Because three failing grades and two misdemeanors are nothing compared to the one big secret she’s hiding… 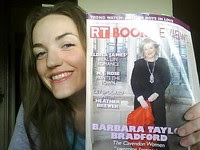 Julianna Keyes is a Canadian writer who has lived on both coasts and several places in between. She's been skydiving, bungee jumping and white water rafting, but nothing thrills - or terrifies - her as much as the blank page. She loves Chinese food, foreign languages, baseball and television, not necessarily in that order, and will go to her grave swearing that "ain't" is not a word. She has volunteered in Zambia, taught English in China, and dreams of seeing pink dolphins in the Amazon. It'll happen.
Website / Goodreads / Facebook / Twitter