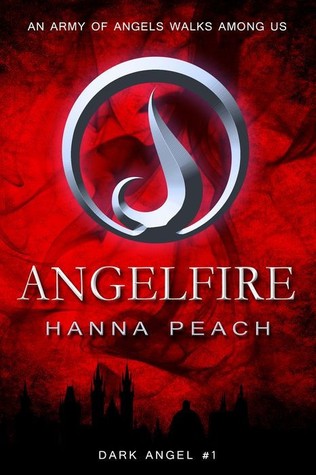 
An adventurous fantasy of epic proportions…

An army of angels walks among us. They have kept us safe and ignorant − so far. Earthbound for centuries and ruled by the Elders, they have established hidden cities, a society and the Code: obey your Elders, kill all demons, eliminate Rogue-angels, protect the mortals, remain hidden. Their warriors are the ungifted Earthborn angels armed with blades and the “borrowed magics” of distilled angel-blood tattoos.

Alyxandria is a young warrior with a fondness for customized knives and illegal night-races. She trains harder than any other to prove she is nothing like her parents who abandoned her to become Rogues. Now that Alyx has begun to have visions, everything in her world is about to change. Lies will be uncovered − from death of the Archangel Raphael two thousand years ago to the truth about her parents. She will be betrayed. And she will be forced to risk everything for a mortal she barely knows.

A dark plan, a keye to unlock Hell, the lost pieces of an Amulet that controls Lucifer and his army… Join Alyx through the Dark Angel saga as she battles to stop Evil from fulfilling a prophecy that warns of the greatest war this Earth will ever know.

It begins in Angelfire...
Goodreads | Amazon

DISCLAIMER: Apparently, I do own this book, but I did receive a copy in exchange for honest review. I also reviewed 'The Afterlife of Alyx & Israel'.

Getting into this book did not take much effort. Every aspect of this book sucks you in, and it holds your attention completely. Never once did I lose interest.

Alyxandria, or Alyx as she prefers to be called, is a LightWarrior Seraphim. She lives under the guardianship of Symon, whom was a friend to her parents. Alyx does not know anything about her parents, except that they abandoned her. Horrible thought. Alyx is a fantastic warrior; her fighting instincts are instant. Though she does not know it yet, Alyx is destined to be the Guardian of a mortal; a bond that will change everything.

The has a way of following multiple characters, adding to the mystery and giving the reader more questions, while answering them in appropriate timing. The budding romance is . . . I cannot even begin to describe how well written into the plot it was. It is merely a hint now and then, a sub-plot even. To me, while reading, the romance aspect between Alyx and Israel was like a bright beacon in a dark tunnel (and there are tunnels in this story, lots of them). I can see why it was not an extreme main focus, which is fantastic.

You tend to fall in love with the characters, and it is hard not to. The title makes sense and it warms your heart because . . . well, let's just say Israel called Alyx his dark angel at a few points, after she is given the gang name. It's amazing how everything unfolds.

My Rating: 5 of 5 Stars.
I am officially hooked. And to think I did not enjoy books with angel plots, once upon a time. I suppose it takes the write book(s) to get one interested in something they don't prefer. Reading this book had me in all kinds of suspense. I don't usually read other people's reviews, but I took into note that a lot of people did not like the abrupt ending. To be quite honest, I liked how the author ended this book. The abruptness leaves you with questions and adds to the suspense.
Posted by Haddie at 7/06/2016 11:58:00 AM