#BookBlitz &Giveawayx2: This Piece of My Heart by @RobynMRyan @XpressoTours

For twenty years, Caryn Stevens dutifully followed the educational path dictated by her parents. That path had one goal—prepare her to one day assume her father’s position as CEO of the multi-billion dollar international company he founded. That and marry a man who would enhance her career and perhaps join her in leading The Stevens Company. Not too much to expect from your daughter, right?
Caryn has other ideas. Instead of returning home to Ottawa for another summer working at The Company, she’s designed a plan to stay in Toronto, take a couple of courses, and enjoy her Summer of Fun. She knew there was more to college than rigorous classes that held little interest and study groups to ensure she excelled in all her subjects. She had two years until she finished her undergrad, and then continue on to that coveted MBA at a prestigious business school.
Just this once, Caryn will set aside The Plan and enjoy life as a regular student. To actually get her head out of the books and maybe, just maybe find someone to make the summer—dare she say it?—exciting.
You see, there’s this hunk of a guy she’s noticed on campus the first few weeks of summer. Always running—maybe in training?—but, Caryn’s seen enough to get her heart pounding. Tall, well-built, with shaggy light-brown hair. Gym shorts that emphasize taut leg muscles. Sometimes wearing a t-shirt with cut-off sleeves. Bronzed muscular biceps—truly drool-worthy. Absolutely hot—and gorgeous in a totally guy type of way. Only problem, he had no clue she existed.
Andrew Chadwick has enjoyed life in the fast lane in the five years since he’d entered the ranks of professional hockey. Preparing for his fourth season with his hometown Leafs, Andrew intends to enjoy his summer down time—hang out with friends and family, keep in shape, and erase all memories from that disastrous two-year joke of a relationship that imploded in May.
Not that he has any plans to revisit his first few years in the pros. He’d eagerly sampled the attentions of a never-ending line of women who wanted nothing more than to spend one night with a professional athlete. Believe it or not, one-night-stands with absolutely gorgeous women whose names he never bothered to remember became tedious. And that steady relationship he tried for two years? Finding your so-called girlfriend in your own bed with some other guy certainly opened his eyes.
Maybe it’s time to cut the fun and games and concentrate on things that are important—Win the Stanley Cup, give his brother any support he needs as he starts his Internship Rotations, help his Mom and Dad around their house. Act like a grown-up at twenty-four?
He’s not particularly looking, but if he were to meet someone interesting…well, he’ll just see where things go.
Neither Caryn nor Andrew expected their two very different worlds to collide on a beautiful June day… 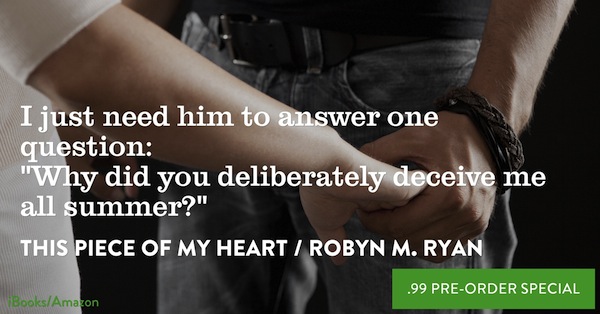 **Note: These were originally posted on my blog, www.chicksdigsportstomance.com -- Please feel free to re-blog as neither had an overwhelming number of clicks!)

~~Neither of these are part of the novel~~

Caryn Stevens in her words:

Destiny. What a ridiculous nineteenth century word! Like anyone buys into that concept these days. Of course, if you’re Prince William, you know your destiny is to become King of England some day. Who else really talks about destiny? No one. Except my parents. They decided my destiny the day I was born.

Did they ever ask if I wanted to follow my dad as CEO for his multinational gazillion dollar company? Of course not. For as long as I can remember, everything I did had a purpose…to prepare me for my destiny. The schools I attended, the courses I took, the friends they selected from their circle of friends. At first I didn’t know any better. As if play dates when you’re five-years-old have any lasting impact on your future.
Whatever—I never knew anything different. As I grew older and started to make my own friends, my parents had to meet and approve their parents before we were allowed to visit each other’s homes, go to birthday parties—or maybe once in a while enjoy a girlie, giggly, bouncing-on-the-beds slumber party with a bunch of ten-year-olds.

High school? While most of my friends learned to drive, enjoyed school events, and began dating, I had no time for such frivolous fun. Besides the full-load of honors courses at school, private tutors waited at home every day after school to teach such enthralling topics as organizational theory, management styles, and how to read a balance sheet. At seventeen, can you imagine the excitement and anticipation? Uh, no, I couldn’t either.

Of course, I didn’t meekly follow The Plan, as I’d tagged it. I skipped classes, flirted with cute guys, and even set up a secret Facebook page. It was only a matter of time before I got busted, but immediately began scheming new ways to get around the rules. Just like any normal teen. But, you know, I never could figure out how to escape my destiny.

I refused to consider any of the Ivy League colleges in the US that my dad expected me to attend. I threatened to sabotage those all-important entrance tests unless I could choose the university where I’d study everything outlined in The Plan. Escaping the shadow of The Company and my parents’ constant control mattered more than fighting the battle over what to study. So we compromised and I left Ottawa for the excitement promised by a large university in Toronto, where no one knew I was Bill Stevens’ daughter…or my destiny.

Even though the rigorous academic schedule left little time for myself, I relished the freedom to go where I wanted, when I wanted—so long as I maintained the expected GPA dictated by The Plan. Freedom is so exhilarating, and I dread returning to Ottawa at Christmas Break or during the summer for another internship at The Company.

Shortly after my twentieth birthday, I devised a scheme to stay in Toronto for the summer. See, there were a couple of courses I just had to take and hadn’t had the opportunity to schedule. Selling the idea turned out to be easier than I thought. Probably because Mom and Dad are spending the summer visiting some of The Company’s Southeast Asian assets. So, after nineteen years conscientiously pursuing my destiny, I’m planning my own Summer of Fun. Time to do something spontaneous. To enjoy the perks of summer in Toronto. To actually get my head out of the books and maybe, just maybe find someone to make the summer—dare I say it?—exciting.

Of course, he has no clue I exist.

From the first time my dad laced up a pair of skates when I was three and helped me wobble across a frozen pond, I knew I’d play pro hockey. Just like every other kid in Canada who played pick-up games wherever frozen surfaces beckoned. By five, my brother, Tom, and I played in local leagues, pretending we were Wayne Gretzky, Bobby Orr, and many other heroes from the NHL. I craved the feeling of racing up and down the ice with the puck on my stick. We spent hours practicing slap shots into a homemade goal. Never could convince any of our friends to play goal, so we crafted crude cardboard goalies. I sure wanted nothing to do with that position. It was more fun to smash the puck through that cardboard cutout.

School was okay, but hockey was life. As we grew older, my brother spent more and more time with his head in textbooks, while I focused on the skills I needed to play pro hockey. I set goals. I needed to play on the best teams, in the top leagues. When I was old enough for Major Juniors, I knew I must play in the Ontario Hockey League—one of the leagues the NHL scouts followed. Everything I did centered on that goal. I spent more summer time in the weight room with a conditioning coach than I did joining my brother and our friends running around town, swimming in lakes, flirting with the hot girls.

None of that mattered, though, when I was invited to play in the OHL. The ultimate goal beckoned. The NHL Entry Draft. Get drafted by my hometown team, the Toronto Maple Leafs. Despite doing the absolute minimum to graduate high school, I had numerous scholarship offers from universities in the States. At the same time, The Leafs chose me as their first-round draft pick.

Easy decision. The signing bonus helped pay my brother’s upcoming med school tuition and took some financial pressure off my parents. Besides, I was ready and prepared to take that next step.

Flash-forward, I’m spending this summer prepping for my fourth season with the Leafs. I intend to use the summer down time to enjoy hanging out with friends and family, keep in shape, and erase all memories from that disastrous two-year joke of a relationship that imploded in May.

Not that I plan to revisit that first year or so in the pros. I’d eagerly sampled the attentions of a never-ending line of women who wanted nothing more than to spend one night with a professional athlete. Believe it or not, one-night-stands with absolutely gorgeous women whose names I never bothered to remember become tedious. And that steady relationship I tried for two years? Finding your so-called girlfriend in your own bed with some other guy certainly opened my eyes.
Maybe it’s time to cut the fun and games and concentrate on things that are important—win the Stanley Cup, give my brother any support he needs as he starts his Internship Rotations, help Mom and Dad around their house. A grown-up at twenty-four?

I’m not particularly looking, but if I do meet someone who interests me…well, I’ll just see where things go.

From early childhood, Robyn M. Ryan knew she wanted to write. This goal grew throughout elementary and high school, first composing novels featuring favorite TV and music personalities, then venturing into sports writing. Attending UGA’s journalism school launched her career in public relations, which included an internship with the Atlanta Flames NHL hockey team. At that time romance novels did not feature pro athletes, so Robyn wrote the books she and her friends wanted to read. Many years later, this manuscript received a serious critique and edit. This Piece of My Heart, a hockey romance, is the first book in Robyn’s series Clearing the Ice.
Website / Goodreads / Facebook / Twitter / Pinterest / Google+ / Newsletter