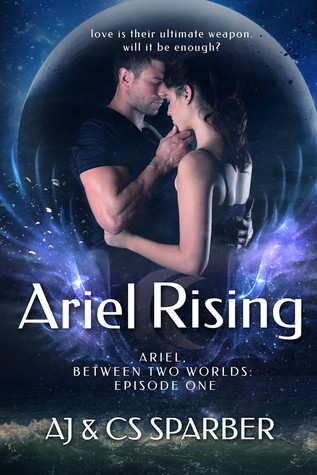 My dreams were simple. College, a career, and let’s see what happens from there. But things don’t always go according to plan.

My name is Ari Worthington and I’ve had a very eventful week. A life-changing week. The kind of week that would make the average person whimper.
It started when my ex-boyfriend Luke accosted me in the woods.


How badly was I injured? Not a scratch. And Luke? Not so lucky. Nope, I whupped him good. It surprised the heck out of me. And it probably surprised him, too—once he woke up.


And then I met Davin. Handsome, witty, amazing Davin. Perfect in every way, unless you think being an alien, from a planet called Olympus, might be a liability.


“Seriously? Your planet is named after a Greek mountain?” I ask him.


“Actually, it’s the other way around,” he tells me. “The mountain was named after us. We’ve been visiting Earth for a very, very long time. As a matter of fact, we are responsible for human evolution.”


“Ah, that explains everything,” I reply.


So, you think this is just another angel story? Well, it’s not. It’s got humor, romance, adventure, science, tragedy, and… did I say romance? It’ll make you think, and laugh, and cry.


Davin and I, you see, are part of a larger plan. A noble plan. A plan to save the sons and daughters of man, or what’s left of them, after the war. A big war.


Okay, enough of my rambling. Davin and I need to get back to training. And you’ve got some reading to do, yeah?
Goodreads | Amazon

Just like the description says, this is NOT "just another angel story".  No, no no! The description pretty much give most of the book away, so here is what I thought about it.

My Rating: 5 of 5 Stars.
The fact that the book is written by a husband and wife (or wife and husband), it brings out so much of their relationship to the story. I can totally imagine them as Ari and Davin, and it would make so much sense! The story itself is well written; plot was fast paced, though at times I felt little overwhelmed from all the back-story being given. But it was balanced by the growing relationship between Ari and Davin. I loved all the myths that were thrown in as well as actual facts that can be found in Creation. I am not big on books about angels, but this book has totally got me on board. It was fun to read, I got sucked in. I read it in four days, but that was probably because my dyslexia wanted to process what I was giving my silly brain.
In the event that A.J. Sparber sees this review, here is my question for you (both authors): When is the next episode being released?!

Review can also be found on TheYAShelf, with more elaborate details about my reading experience. - http://www.theyashelf.com/ariel-rising-aj-sparber-review