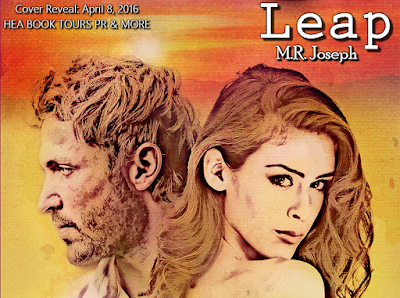 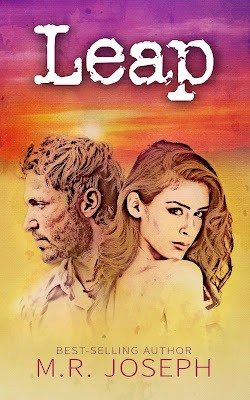 LEAP by M.R. Joseph
- SYNOPSIS -
What if you had no idea your “future” lived beside you your whole life?
What if that person was also your best friend?
What would you do when you finally realized it?

MacIntyre “Mack” Cooper and Corrine “Rinny” Blanchard have known each other since birth. Growing up on the South Shore of Long Island, living next door to one another and their parents being best friends, meant growing up together was unavoidable. Their bond made them inseparable.

What Corrine didn’t expect was the attraction she began to feel towards her best friend as the two grew older.

As Corrine’s feelings evolve over time and tragedies transpire, she must put her feelings for Mack aside and continue to be just his best friend- unconditionally- when he needs her the most.

However, what happens when the person you love most in the world is taken away without warning just when you need them the most? Would you give up hope or would your love keep hope- and him alive?!

No one knew Rinny like Mack did. No one ever would. Mack’s advice to her was when life takes a turn, and your faith is tested and your dreams seem out of reach, sometimes you just have to take the leap. 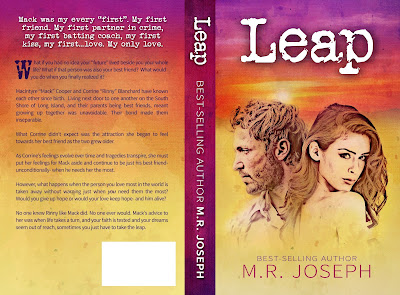 
M.R. Joseph began her writing journey in 2013 with the release of her first novel, Reunion. Two books followed in the series. She is the author of the best selling series, The Shore Series as well as the ROM COM, 39 & Holding. When not writing, M.R. enjoys reading, spending time with her extremely handsome husband, two adorable kiddos, and her fluffy Goldendoodle dog, Scarlet. She also enjoys time with her Godchildren, nieces, nephews, family, laughing till it hurts with her girlfriends, embarrassing her son by singing loudly in the car with the windows rolled down, and has an unhealthy obsession with Cadbury Eggs. M.R. hails from the City of Brotherly Love, where you can find a statue of Rocky, soft pretzels, and cheesesteaks.