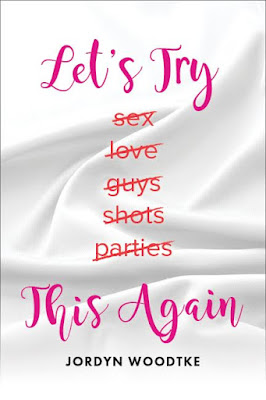 One girl.  Two guys.  It's complicated. And hot.

First there is Isaac, the ex-boyfriend who threatens her move to a sunny new life on the west coast when he suddenly comes back into the picture. The chemistry is intoxicating and Josie starts eating, breathing, and sleeping with him again until the move.  Things are hard enough saying goodbye to her childhood home and very best friends, but when Isaac makes it seem like he might actually want her to stay, Josie wonders if she’s giving up on him too quickly.

Josie takes the plunge and moves to California.

Then comes Carter. Sweet, doting - and, oh my god! - former boy band heartthrob, Carter. Josie’s new life falls into place, with new friends and a job working as the personal assistant for Carter as he plans the re-launch of his career. When it seems like there might be something between Josie and her new boss, she can’t help but hold back in fear of crossing a line and, worse yet, getting her heart crushed.  Once again.

What spirals into a complicated, heart wrenching, unexpected love triangle forces Josie to face a decision that she is not sure she can make.  Carter or Isaac.  Or - who knows?

It’s Sex in the City meets Bridget Jones Diary under the Hollywood sign.  A masterful debut novel of love, sex and rock & roll in the New Adult genre.

Um, wow! First of all, rock & roll is my jam. I'm all about the boy bands, former or not, and when I saw that detail, I knew I would enjoy this book. Josie is trying to find something new. That's what I've gather from reading the beginning of this book. I think that is an element everyone can relate to. Moving some place new and different, away from what you've always known. The doubts that rise up when there is a possibility that you might be making a mistake. We all go through this at one point or another in life, and I really like that the author brings this into the story.

I am not usually so into a love-triangle (I have mixed feelings about them), but this one totally had me going. The author makes you love both Carter and Isaac. I was literally torn between the two characters. It really did feel like it could have gone either way. No matter which guy Josie chose, I would have felt a twinge of sorrow because I loved them both that much.


What I Learned About Being Brave
by Jordyn Woodtke

What’s the most courageous thing you’ve ever done?


I think the bravest thing I’ve ever done was move. When I went to college, I thought living away from home was the hardest thing I’d ever have to do. I loved where I grew up, I loved the friends I’d had the majority of my life; I didn’t love change. There were a lot of times I wished I had just gone to a school twenty minutes away where I could sleep at home and see my same friends whenever I wanted to. I had never been the most outgoing personality — making new connections terrified me. I had only moved to New York City, a train ride away from home, and yet it felt like light-years most of the time. At a certain point, though, I realized that if I could get through that feeling — being alone and scared and constantly unsure of what I was doing and if it were worth it — that I could get through anything.

A year after leaving college, I decided to move across the country. It was a necessary choice, and this time I was excited not scared. Okay, I was a little scared. But I had realized that being put in situations where you know no one and have to essentially begin again is the best thing you can do for yourself. It changes you in such a major way; personally, it made me so much stronger. It changed how I saw myself.  Now, I knew I could withstand the intense discomfort that comes along with starting over, and the amazing sensation that comes from rising above that. Now, I knew that making friends wouldn’t be as difficult as I had once feared. Yes, you have to be braver than you want and put yourself out there in ways that you’re not used to, but the benefits far outweigh the anxieties.

This is where the material comes from; this is where your writing becomes interesting. You have to expose yourself to real fear, real sadness, real love (platonic and romantic) because without the gamut of emotions, nothing is interesting enough. You’ll meet so many different types of people and experience so many different situations that you never even considered, and that will inform your stories. For me as someone who loves feeling comfortable and having structure, being brave meant pushing myself way out of my comfort zones. I found out who I was actually capable of being and met people who inspired me in such major ways, and it all changed my life. Be brave, whatever that means for you; it is never the wrong choice. 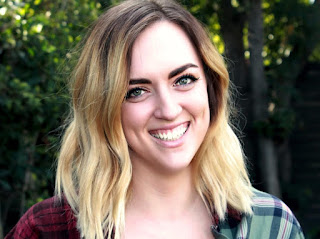 About the Author
Jordyn Woodtke is an exceedingly gifted new author who is destined to take the New Adult genre by storm with her debut novel entitled Let's Try This Again.

A graduate of NYU, she majored in screenwriting with a minor in bottomless brunching, skills she took with her when she moved to Los Angeles to follow her dream of becoming a writer. Jordyn started writing poetry and plays in high school, garnering prestigious awards and accolades from the Hartford Stage, Drexel University, the Waterbury Young Playwrights Festival and the national Scholastic Art & Writing awards, among others.

Now, on any given afternoon you are likely to find Jordyn petting random dogs on her street, noshing at any of the numerous brunch spots in LA, or bingeing Netflix on her couch. She's grateful and dedicated to the art of storytelling because it lets her say all the things she wished she'd said when she had the chance.

And if Let’s Try This Again is any indicator of future success, Jordyn will get to keep saying them for a long, long time.

Win an ebook copy of Let's Try This Again. One winner will also get a $25 Amazon GC. (Open Int'l, 30 winners)
Ends March 4
a Rafflecopter giveaway