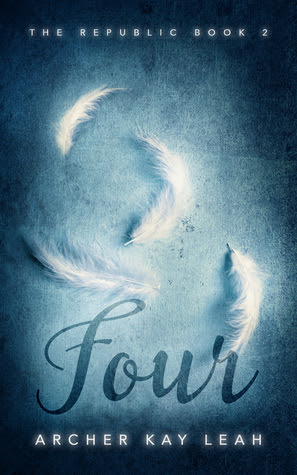 
On the outside, Mayr seems to have it all: a successful career as Head of the Guard for a prominent politician, family and friends who adore him, and the attention of beautiful women. But appearances are a good way to bury secrets, including the fact that while Mayr is a romantic at heart, searching for the one person to share his life with, his lovers keep leaving him.
When his last girlfriend takes him back and suggests an intimate night with Tash, one of her lovers, Mayr reluctantly agrees. The last thing he expects is to fall hard for Tash, who is nothing like Mayr’s previous lovers—and about to undertake the Uldana Trials. If Tash fails, he’ll likely die. If he succeeds, he must give up Mayr, and become the latest to leave Mayr standing alone with a broken heart.

Wearing only bracers and his talon ring, everything about Tash was real. In a blend of contrasts, he was tough and gentle all at once. The longer Mayr stared, the more contradictions fell away, leaving the consuming sense of being connected well beyond their understanding. Nothing
could soothe the feeling of familiarity burning him from inside. Touch only fueled the fire.

"Last one. This one's for the ring." Mayr licked his lips, caught between wanting to feel the talon's piercing tip graze his skin and seeing Tash without it. If not for his curiosity, he would have let Tash keep it. It would be another fantasy for another time. "Your scars—what are they from?"

"Mistakes. Ones I should have never made. Ones I deserved. Just like these reminders. I broke the rules. I didn't do what I was told. I paid the price, taken from my flesh for something as simple as morality. I wouldn't spill blood, so mine was taken in its stead." Tash looked up.
"Blood can be remade; death is permanent."

Tash raised his hand. "No, no apologies. Just tell me: your scars, they're battle-born? Brawls, fights, training?"

"Then I'd say the game's finished." Tash unclasped the chain from his bracer, slipped off his ring, and laid it on his discarded garments.

"In case you didn't notice, I don't have any clothes left."

"Ah, but there is one thing I want." Pressed against Mayr, Tash removed the tie from Mayr's braid.

Able to take the hint, Mayr teased the braid apart and shook his hair loose until it hung in waves past his shoulders.

About the Author
Archer Kay Leah was raised in Canada, growing up in a port town at a time when it was starting to become more diverse, both visibly and vocally. Combined with the variety of interests found in Archer’s family and the never-ending need to be creative, this diversity inspired a love for toying with characters and their relationships, exploring new experiences and difficult situations.
Archer most enjoys writing speculative fiction and is engaged in a very particular love affair with fantasy, especially when it is dark and emotionally charged. When not reading and writing for work or play, Archer is a geek with too many hobbies and keeps busy with other creative endeavors, a music addiction, and whatever else comes along. Archer lives in London, Ontario with a same-sex partner and their cat.
Website / Goodreads / Facebook / Twitter