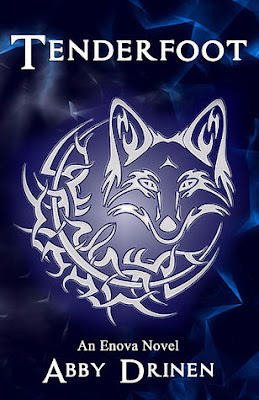 “No lights, no sound. But my skin knows this isn’t home. Why aren’t I afraid?”

Orphaned teenagers, Linnea, Sammy, Logan, and Daisy, have never met until they’re drawn into the fabric between worlds, crossing over from Earth to a place called Enova. Leaving behind lives filled with pain and loss they find hope in this new place. Adopted by caring, Enovan families they begin to settle in, but an assassination attempt on their lives changes everything. These four strangers must now band together and unravel the mysteries behind their purpose in Enova if they want to survive.

DISCLAIMER: I received a copy of this book in exchange for honest review. This review may contain a few spoilers, but that is only because I am so excited to share this with you.

Four young adults from Earth have just awakened from the Deep Sleep. I want to say that, right off the bat, I love Logan's character. Cocky, but sweet and really funny. Sammy is cool, collected (for the most part) and very quick to assess situations (for the most part). The characters are introduced to their Guardians, but the only one to know who their Guardian was, is Logan. Linnea and Daisy are both very . . . I would say strong-willed. These four characters make up the Tenderfoots in this story.

At first, there is a bit of rivalry between the Tenderfoots. I suppose a good explanation would be because they were all stuck in the Mentalink and they were becoming restless. Wondering why they did not wake up yet. The main reason? The Tenderfoots have been poisoned. Whom? That detail is yet to be discovered.

There is major plot build-up as we read along. It is suspenseful at some points. There is a bit of playful, harmless flirting (I think you can guess whom) that lightens up the mood when it starts to get too intense. Not really too intense, but it is enough to make you feel like "Oh crap!"

My Rating: 5 of 5 Stars.
I love the cover! And that last chapter? I am stuck on what to do until the next book comes out. This book was the perfect length. Every time I thought it was going to end, it kept going. I love how the book alternates between perspectives. And not just two characters. It's all four major characters. Logan's POV was so much fun, as were the others, but I loved Logan best. Especially when he is on Lito.

Enter to win prizes, including a kindle fire and signed copies of Tenderfoot, by subscribing to the author’s newsletter!
See flier for additional giveaway info! http://www.abbydrinenwrites.com/ 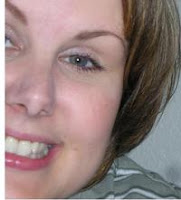 About the Author
I call Northern California home and share my hearth with my husband, three kids, and a red Rottweiler named Paco. I like to write about real characters in unreal worlds. The question I ask myself when I sit down at the keyboard is: how can I make this next scene a whole lot of fun to read?
Email: abbydrinenwrites@gmail.com (I LOVE to hear from readers!)
Pinterest: pinterest.com/abbydrinen (lots of pictures of Enova, plus characters, and other extras!)
Wattpad: wattpad.com/user/enovalady (rough drafts of my novellas)
Movellas: movellas.com/user/enova/movellas (rough drafts of my other stories & novellas)