#Review: FEAR ME, FEAR ME NOT by Elodie Nowodaskij | @ENowodazkij #MUSTREAD #Suspense #YALit 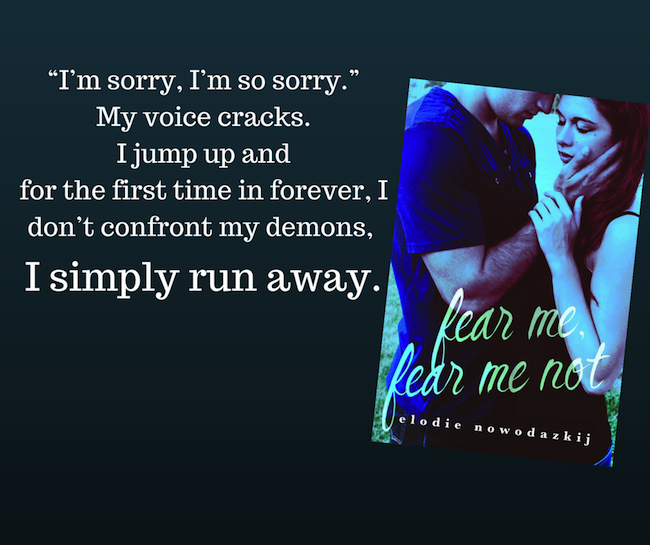 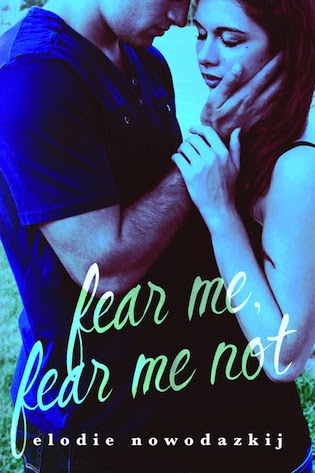 SCREAM meets FRIDAY NIGHT LIGHTS in this new young adult romantic suspense novel by Elodie Nowodazkij.
Fear is power. They fear me. They don’t fear me enough. Every year a girl disappears in Gavert County, Texas. Their bodies are found days, sometimes months, later with an angel wing carved on their face. They call me “the Angel Killer” and I’m on the hunt again. But this time, it’s personal.
Seventeen-year-old cheerleader Erin Hortz has been warned about the Angel Killer all her life. She never walks alone in the dark. She doesn’t talk to strangers. She doesn’t accept drinks at parties. All she wants is to finish her senior year with a win at the Miss Junior Queen of Hearts pageant, capture the perfect light over the lake with her new camera, and finally catch the attention of her best friend Nadia’s brother—former football star Dimitri Kuklev. Since his injury, they’ve been spending a lot of time together. And getting to know the real Dimitri—not the one she put on a pedestal in her diary is better than she could ever have imagined. And she’s falling hard.
Nineteen-year-old Dimitri’s injury brought him from football superstar with universities from all around the country knocking at his door to not knowing what he wants to do with his life. Taking classes at the local community college is supposed to get him back on track, but all he wants is to be on the field again. The only person who seems to understand him is the one he swore to keep in the friend zone: Erin. His sister Nadia’s best friend and the reason why he can’t keep a girlfriend. Between their early morning jogs, their time spent at the lake laughing, and their late night conversations, he’s having a hard time remembering why it’s such a bad idea.
But when Nadia doesn’t come home after a party, Dimitri and Erin know they must find her before it’s too late—even if that means risking their own lives and everything Erin’s ever known.
Because the main suspect is Erin’s father.
Goodreads | Amazon

DISCLAIMER: I received an e-ARC of this book from the author, in exchange for honest review. I shall try to refrain from spoilers.

If you have read Love in B Minor, than you will most certainly love this book as much as you love that one. Possibly even more. If there is one thing that I love about Elodie's writing, its the depth in the story. This story has that depth and SO MUCH MORE.

This book alternates between our two protagonists, Dimitri and Erin. And one other character who plays a very important roll, but you never learn the name until later. A murderer known as the Angel Killer is on the loose and every year a girl of 18 disappears. The reason the murderer is known by this name is because of the angel wings carved into the girls' cheeks whenever a body is found. And just when everyone thinks they can move on from the trauma, another murder happens.

Erin's father is always a suspect when the murders take place, due to the sheriff still holding a grudge against him because he blames Erin's father for his brother's death. Pieces of the puzzle come together. And there seems to be a connection to Dimitri. But he's not the killer. How could he be? Even Erin knows that its not him. They are really good friends and when feelings are finally shared, it adds to the suspense because, Erin could be the possible next target.

This book is suspense at its best. The plot became a movie towards the third chapter. If it were a movie, I would most definitely bug my sister to go see it with me. It would be so cool if it became a film. Grab this book and you will not be disappointed.

My Rating: 5 of 5 Stars.
I stayed up WAY TOO LATE to read this and had to stop at this one part that just totally got me. I also knew that if I didn't stop, I would never sleep and then the next would have been wasted. Elodie's book get me every single time and I am so glad to experience this book. Girls, please . . . do not believe a text message unless you double check. I know out of the entire book, that is something I am worried about and I don't even have a phone. Here's the book trailer. If this doesn't make you want to read it, I don't know what will! It's proof to my sleepless night!