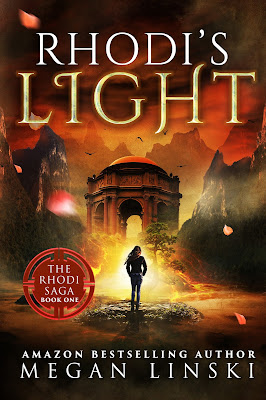 These are some of the powers gifted to the Rhodi, an ancient sect of assassins who defend Crescentia, a dystopian world with a dying hope.

Dyliana Fairsson is one of them. After losing her parents to a suspicious accident, she and her twin brother, Devin, join the Rhodi to avoid starvation. Under the direction of her master, Dylan struggles to learn the strength of her magic …as well as hide the growing scars on her wrists. Can Dylan become the warrior, the hero, she’s destined to be? Or is she fated to fall from the light into the darkness?
The first installment in the epic fantasy series by bestselling author Megan Linski, Rhodi’s Light is an action-packed thrill ride that will leave readers begging for more.

DISCLAIMER: I received a copy of this book in exchange for honest review. I was going to review the other books as well, but didn't get to them. I think I will review them another time. May or may not contain spoilers, but hopefully nothing big.

Firstly, I always have great admiration for independent authors and publishers. Secondly, this book was a great read. I will be honest, it took me a while to get into reading this. I guess with so much on my mind, I couldn't focus. I ended up reading this during late night hours because I couldn't sleep and have loved it.

The characters in this book are so . . . they're so real. What Dylan goes through in her mind after losing her family, and then gaining a new family when she and her brother, Devin, choose to become a Rhodi. The bond that forms between Dylan and Talidin is heart-stabbingly-amazing. It's a new father-daughter type relationship, and it is so beautiful.

My Rating: 4.5 of 5 Stars.
I cried at some parts. I did not expect a book quite like this. I am a little overwhelmed at how brilliant it is and I am definitely going to share what I think about the rest of the books, once I finish them. ♥ 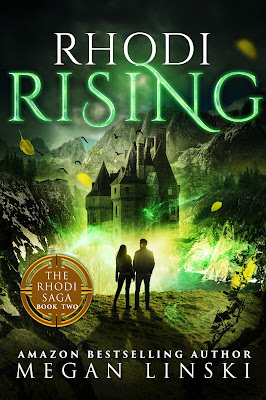 Desperate to find their masters.

In the past few months since the attack on their home, twin assassins Dylan and Devin have grown restless. With the Rhodi facing extinction, they search for their masters Talidin and Tavana, only to discover they’ve gone missing. With nowhere to turn, the twins seek help from a pair of mysterious spies, only to find the trail gone cold, marked by hints of torture and destruction.

Dylan and Devin piece together the events that led to the disappearance of their fellow Rhodi. As their enemies close in for the kill, Dylan discovers that some things are impossible for a Rhodi…but not for a tigress.

The stakes and romance are heightened in this epic dystopian sequel to Rhodi’s Light. Bestselling author Megan Linski brings readers a young adult fantasy with magic, mystery, and an epic adventure that races quickly to a breathless conclusion.
Goodreads | Amazon 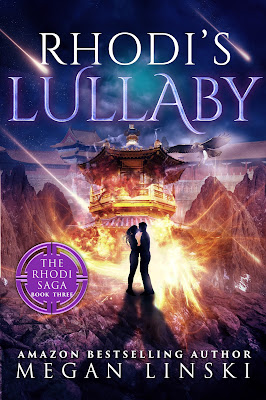 
Governments fall.
Lives are lost in a desperate war . . .
one the Rhodi are losing.

The world has been devastated by the tyranny of the Red Huntress. To save Crescentia, Dylan and Devin attempt to decipher the mystery of the ancient letter their ancestors left behind, the only hope of salvation for their kind. Dylan continues to fight foes both on the battlefield and within her own mind, all while wrestling with the confused feelings she has for Enfys, the alluring spy who has become devoted to her cause.

In the epic conclusion to the thrilling Rhodi Saga, one brave warrior will stand in the way of corruption, to take place before her destiny…or her death.

Rhodi’s Lullaby is the third installment in the suspenseful young adult dystopian series fans and critics are calling an original masterpiece in the epic fantasy genre. 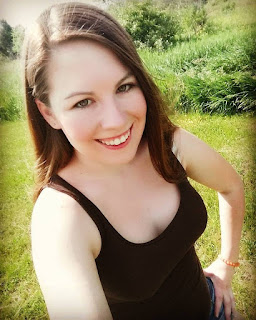 About the Author
Megan Linski is the owner of Gryfyn Publishing and has had a passion for writing ever since she completed her first (short) novel at the age of 6. Her specializations are romance, fantasy, and contemporary fiction for people aged 14-24. When not writing she enjoys ice skating, horse riding, theatre, archery, fishing, and being outdoors. She is a passionate advocate for mental health awareness and suicide prevention, and is an active fighter against common variable immune deficiency disorder. She lives in Michigan.