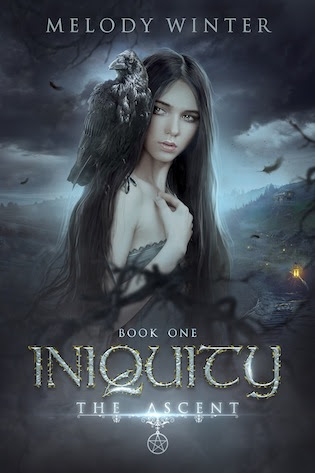 
Athena Harrow is about to turn twenty-one, but there will be no celebration. What is there to celebrate when the world is ruled by demons?
She hates the darkness the demons brought with them and longs for the light to return to the world—a world she only vaguely remembers. The people in her forest village blindly accept the life the demons forced upon them, even tolerating the yearly ascension ceremony where all the girls who have turned twenty-one are either sent away to serve the Master Demon or left in the village and forced to procreate.
But Paymon, the assigned village demon, selects a different role for Athena, a role that pits her against the village. While she adapts to her new life, Erebus, a younger, more powerful demon, arrives, and Athena must play a dangerous game with his emotions in return for information about the demon’s reign of darkness.
As Athena’s dreams of restoring the light begin to fade, her life with Erebus takes an unexpected turn, and this time it’s her life being put to the test.
Set in the forest around Buttercrambe in North Yorkshire, England, INIQUITY explores the frightening, darker side of romance and the uncontrolled emotions it can unleash.

About the Author
Growing up, Melody showed a natural ability in art, a head for maths, and a tendency to write too long English essays. Difficult to place in the world when she graduated, she pursued a career in teaching, but ended up working in finance. Melody is convinced the methodical times she spends working with numbers fuel her desire to drift into dream worlds and write about the illusory characters in her head.
Melody Winter lives in York, North Yorkshire, England with her husband and two sons. When not dealing with football, rugby, and a whole plethora of ‘boy’ activities, she will be found scribbling notes for her stories, or preparing for another trip to the nearby beaches at Scarborough and Whitby. With an obsession for anything mythical, Melody revels in reading and writing about such creatures.
Website / Goodreads / Facebook / Twitter