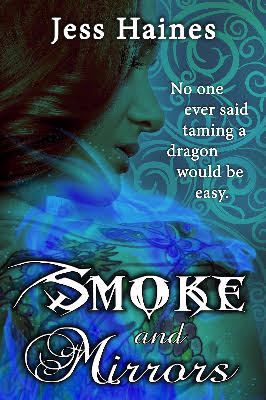 
A girl who uses her illusions to fool the world into thinking she’s just like all the other magi.
A dragon who sees through her lies.
Together they just might survive a world that wants to control or destroy them both.
Kimberly may wield ultimate cosmic power, but even a mage has to pay the rent. No one will hire her for her magic talents until she’s got the credentials, so she’s stuck in a crappy rent controlled apartment with her mother, yearning for treats she can’t afford at her part time job in a café, counting down the days until she graduates the secret Blackhollow Academy school for magi. Only then will she have the certificate she needs to land her dream job in a coven.
The problem? She needs a familiar to graduate.
As an illusionist, she doesn’t have the ability to summon or create a familiar of her own. Her only option is to convince a supernatural creature to let her bind it instead. Since having a powerful Other at her beck and call would guarantee her a place in a coven after she graduates—and legendary treasure hoards are an added bonus—she thinks binding a dragon as her familiar will solve all her problems…
Because sometimes a girl needs a dragon, not a knight.

Goodreads / Amazon / Barnes & Noble / Kobo / All Romance Ebooks / Smashwords
EXCERPT:
Viper made a soft hissing sound of irritation between his teeth, pulling back from her. “Cormac has no vision. I know what I want and I’m prepared to offer anything to get it. You have but to ask.”
Well. There was one thing. Her cheeks flared crimson and she squirmed a bit before stuttering out another question, swallowing back her embarrassment.
“You keep a hoard like a dragon, right? I don’t suppose you would consider loaning me a little? I swear I’d pay it back.”
His head tipped to one side, and he looked her up and down anew. She suspected he was just noticing her frayed cuffs and cheap shoes. He’d been so intent on getting whatever it was he wanted out of her that he hadn’t paid attention to the package it came in until now. When she caught the very slight curl of his lip, there and gone in a flash, embarrassed heat filled her cheeks.
Feeling both dirty and humiliated, she ducked her head. “Never mind. I shouldn’t have asked. I’m sorry, I don’t think I can do this.”
“Come now, I’m sure it’s not that hard. All it takes is a yes.”
“No,” she said, this time with a bit more vehemence. Cormac was right. There was something off about Viper, and never mind what a perfect ass she’d just made of herself. Worst of all, that flash of disgust showed he obviously had no respect for her. At least Cormac never made her feel tolerated. “Thank you for the offer, but I’ll find some other way of getting what I need.”
He slowly rose to stand, heaving a sigh as he settled back on his heels.
“That’s unfortunate. This would have been much easier if you had agreed.”
Kimberly would have asked what he meant by that, but the look in his eyes froze her in place.
His eyes burned a molten gold as he spread his arms, which were expanding and shifting at an alarming rate. Faster than she might have thought possible, he was growing, his clothing melting and skin disappearing under a layer of metallic scales. Nearby, people were noticing, shouting and screaming in fear as they stampeded in every direction to escape the shapechanging Other in their midst.
When he ceased growing, from the tip of his nose to the end of his tail, he was over thirty feet long, with a wingspan half again that size.
Kimberly sat immobile, unable to so much as squeak in terror as the beast before her lurched back to arch its neck and spread its wings, barbed tail lashing as it growled at her. One thick, talon-tipped paw lashed out, flattening her on the grass and squeezing the air out of her lungs. It gave an awkward, one-legged hop forward to catch its balance before clenching its claws to dig deep furrows in the grass and close around her waist and legs, pinning her.
Then those wide, ribbed wings began to flap, the sun playing off the tones of brass and copper and gold. The ground fell away, people scattering before the airborne monster.
And Kimberly could do nothing but pray, staring up at this great beast that had her in its claws.
She’d gotten what she’d asked for. Now she would have to pay the price. 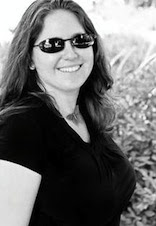 Author Bio:
I'm a displaced New Yorker with a penchant for the silly, the obscure, and the fantastical. Tampa, Florida is home for the time being. I'm currently working on the H&W Investigations urban fantasy series and the Blackhollow Academy young adult contemporary fantasy series. Find out more about my books, drop me a line, or join my mailing list at www.jesshaines.com!