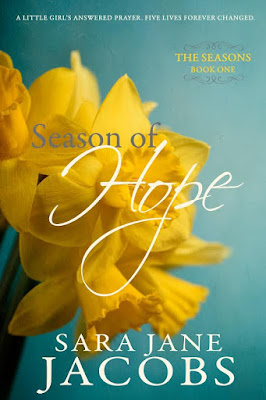 Season of Hope
by Sarah Jane Jacobs
When Amanda Jarvis prays that a special friend will move into the vacant house near her isolated mountain home, she isn't upset when God sends a boy instead of a girl. But Amanda's not the only one receiving unexpected answers to her prayers. After fleeing with his mother from an abusive father, Tyler Armstrong finds much-needed love and acceptance with Amanda’s family over the next ten years.
​As high school graduation nears, Tyler is shocked when one carefree afternoon with Amanda churns up an inner turmoil he would have never imagined; he’s crushing on his best friend. And for the first time in his life he’s hiding a secret from Amanda. Convinced the timing is all wrong, Tyler pushes his feelings aside as he and Amanda prepare for the future. He will soon begin training to pursue his dream of becoming a Navy Seal, while Amanda makes plans to spend the summer in Manhattan with her aunt and then return home to the community college.
​When Amanda’s summer job catapults her into a modeling career, she readily accepts the much-needed distraction. Tyler’s impending deployment is turning her world upside down. Along with the fact that she’s falling for her best friend. And, for the first time in her relationship with Tyler, she’s hiding a secret, too.
​Phoebe Garrison, Amanda’s controlling aunt, is thrilled when she is given the power to act on behalf of her underage niece. Bored with her Fortune 500 advertising agency, becoming Amanda’s manager is just what she's been looking for to rekindle her aspirations. But as Tyler becomes aware of Phoebe’s obsession to push Amanda into supermodel status, tensions rise. As the three of them become entangled in a mass of concealed ambition and desire, each will make decisions that will send ripples of turbulence across their futures.
Buy the Book: Amazon  ~  Add to Goodreads 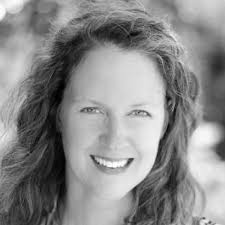 About the Author
I began writing as a hobby while raising my two children. In 2015, I dusted off my stories and my dreams to see if I could turn my hobby into a career. My first story, Season of Hope, was inspired by summer vacations which always included a trip to Franklin, North Carolina, to visit family and explore The Smoky Mountains. When I'm not writing, I enjoy spending time with family and most anything that involves being outdoors, especially camping and hiking. I currently live along the Emerald Coast of Florida and never complain about the hot, humid summers, because that's exactly how I like them! ​
Connect with the author:
Website  ~  Twitter  ~  Facebook ~ Pinterest  ~  Instagram