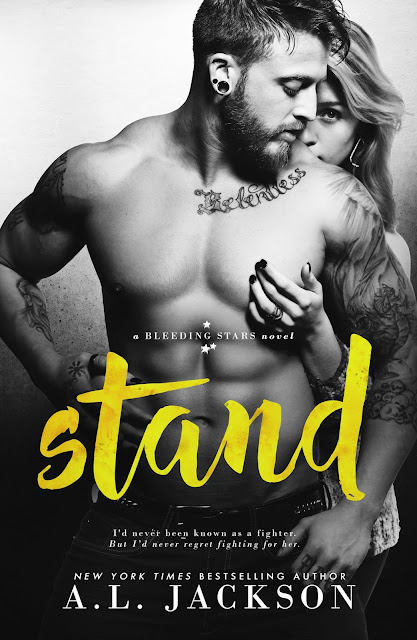 Zachary Kennedy has never been known as a fighter, but he’ll never regret fighting for her…

I’m Zee Kennedy.
Quiet. Reserved. Predictable.
When my brother died, everyone thought I was just the good guy who stepped up to take his place in the band.

No one knew what I was hiding. The one thing I’ve been fighting for.

Not until one chance encounter with Alexis Kensington.

Now she’s become my greatest temptation.
I knew better than to touch her, but now that I’ve had a taste, I can’t get enough.
Her kiss becomes my air. Her body my salvation.

She needed a savior and somehow she became mine.

Taking her was a betrayal. But keeping her means risking everything.
One look at Alexis Kensington, and I know she’s worth the fight.
Will my past continue to keep me down or will I finally find the strength to pull myself up and Stand…