COVER REVEAL! A BOND OF VENOM AND MAGIC (THE GODDESS AND THE GUARDIANS, BOOK 1) BY KAREN TOMLINSON 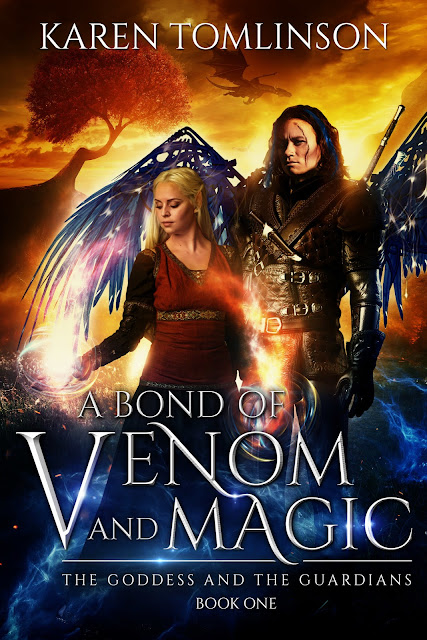 A Bond of Venom and Magic
(The Goddess and the Guardians Book 1)
Kindle Edition, 308 pages
Published October 14th 2016

A breathtaking fantasy romance, the first in a sensational new series by British author Karen Tomlinson.

The war raging in the South seems a remote danger for seventeen-year-old Diamond Gillon until her home is brutally attacked by the Wraith Lord’s monstrous hunters. Catapulted into a terrifying new world where legendary beasts arise, magic is condemned, and half-blood fae like her have no rights, Diamond is inexplicably drawn to her saviour. But Commander Hugo Casimir is a ruthless elite guard owned by a cruel, immortal fae queen who will murder her own people for magic.

As she sinks deeper into Hugo’s world, Diamond’s circumstances become ever more perilous, for the Queen desires her magic and covets the very same prize as the Wraith Lord. To discover who she truly is, Diamond must escape the Queen’s clutches—before her fate, and that of The Eight Kingdoms, is sealed in shadow and chaos.

Will Hugo prove to be her friend, her protector, or an enemy not worthy of her trust?

A Bond of Venom and Magic is an epic fantasy tale, ideal for mature Young Adult readers. Fans of Sarah J Maas and Leigh Bardugo will love to discover this spectacular new world steeped in dragons, monsters, and armoured winged warriors. 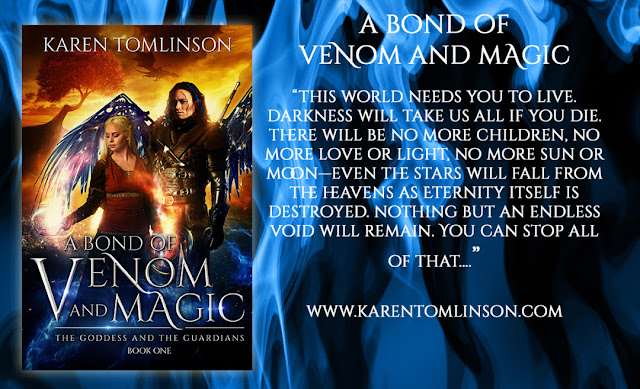