It is one of my greatest pleasures to share this cover reveal with you!
Coming in September 2017!! 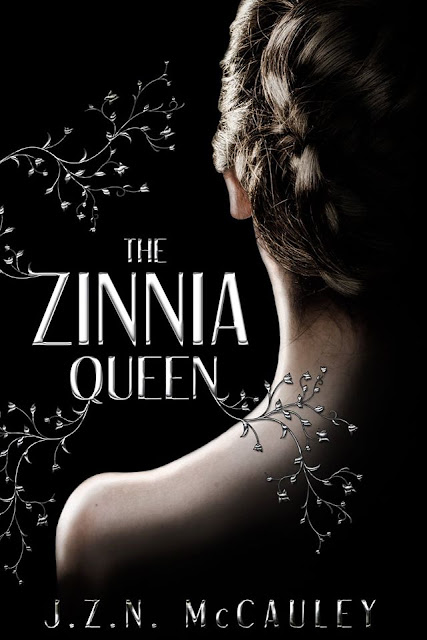 In the barren kingdom of Saimora, history lies and the Zinnia Queen reigns.

During each of the last hundred years, a handful of women received magic at birth—an uncommon gift among the people of Saimora. Since the first Zinnia Queen, all queens who follow take her name. When the current sovereign dies, another is chosen from those with magic to become the next Zinnia Queen. The face of each one who dons the crystal crown vanishes, and is replaced by a cold and cruel visage.

Clara, a young woman with the strongest magical abilities aside from that of the Zinnia Queen, works in the outer palace libraries as a scroll keeper. One day, while frantically searching through scrolls to aid the Healers, Clara’s touch gives her a vision: there is more to the past than history tells.

But it is forbidden to question anything in Saimora. Clara must be careful not to draw attention to her suspicions or it could mean death to her and anyone who helps her.

When the horrifying day comes that she is chosen as the next queen, Clara is ripped from her hidden world of scrolls and ink, and faced with a fate worse than death. Clara fears she will lose herself and become a tyrant queen like each of her predecessors.

But wait, whose voice is that in the dark?