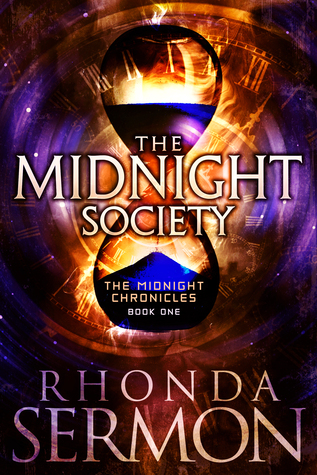 Witness protection has a protocol for dealing with every situation—except magic.


Fifteen-year-old Cate's life has been monitored since her new identity was created five years ago. She's spent countless hours learning how to deal with potential threats and dangerous situations. None of which is any use when everyone around her is suddenly frozen like statues at the bus stop.

As she attempts to make sense of the frightening scene, a mysterious group of teenagers appears out of thin air. They are intrigued she’s not affected, but focus on completing their deadly mission, using baffling powers before they vanish again.

When the group seeks her out the next day, Cate is drawn into a world filled with sorcery and time travel. After she accidentally brings a cheerleader back from the dead, her incredible powers are revealed. Cate is shocked to discover she has a pivotal role to play in a centuries-old battle between two mortal enemies which threatens to destroy her entire world.

With the distinction between good and evil blurred, Cate’s faced with the choice of which side to join to enable her to save her family. Should she rewrite history and risk destroying innocent lives to save the ones she loves?

The Midnight Society was originally released as Timesurfers. This book has a new name, new cover and additional content.

DISCLAIMER: I was gifted an Amazon copy of this book in exchange for honest review.
Dang it! When I started reading, all I wondered was how everything would play out. How the story unfolds is a complete and total surprise.
This book follows Cate, a young girl who lives with her mother, Emme, and younger brother, Xavier. Their family is under surveillance in the witness protection program because Cate and her father had both been kidnapped. Cate's mother had worked with black ops, which might explain why Cate is a black belt and quick n her feet (to an extent).
Cate wonders if she is going insane. Every morning when she wakes up, something is different than the day before, but no one around her seems to notice. Hence the feelings of near-insanity. For example, her boyfriend, Zach, was never popular and they got along because of the fact. one minute he is singing sonnets, and the next he is breaking up with her over a text and telling her he is now with the head cheerleader. I know, breaking up through a text is the lowest, most pathetic thing anyone can do.
Cate's world is changing every day. Things begin to unwind on one particular day at a bus stop. A mysterious stranger who could be a Ralph Lauren model shows up in town and Cate's kidnapper radar is on full alert. That is, until the world stops turning and time freezes. But why is Cate not frozen like the rest of the waiting bus patrons? This is where Cate meets Austin, Rose and Rafe, three members of the Order, which can also be known as the Midnight Society.

My Rating: 5 of 5 Stars.
This story is suspenseful and thrilling. There are surprises around every corner, and several 'AHA' moments as things suddenly make perfect sense. On a happy note, it was amazing! On the sad note? It ended on a bit of a cliffhanger and I don't know what I am going to do until the next book comes out. For a debut novel, this is phenomenal. I am going to keep this one on my radar. I NEED to know what comes next.