If you're a fan of contemporary YA romance novels in general and either the best friends to lovers or the brothers fighting over the same girl tropes, then you'll love Defying Gravity by Kendra C. Highley! And of course, if you've already read Finding Perfect, the first book in the Finding Perfect series, then you'll definitely not want to miss this one. Even though Zoey's story can be read as a standalone without any problem, you'll already know her, her BFF Paige, and Paige's boyfriend, Ben, if you read and loved Finding Perfect, which will make this book even more enjoyable! Please return to this site each day to celebrate the release of this book and follow along with the blog tour from July 25-Aug. 5, 2016:
July 25, 2016:
Ever After Romance - Top 10 Reasons The Princess Bride is the Best Movie Ever Guest Post
Megan from All The Doodles n' Scribbles - Review
July 26, 2016:
Ask Kendra C. Highley Anything on Reddit.com/r/Books - Live Q&A @ 5 pm EDT
July 27, 2016:
Valia from By Valia Lind - Review
Jennifer from Never Too Many to Read - Spotlight
July 28, 2016:
Lara from The Heathen - Review
July 29, 2016:
Michelle from What Is That Book About - Spotlight
Vox Libris - Interview
Aug. 1, 2016:
Deniz from Closet Geeks & Slo Mo - Interview
Hadassah from Haddie's Haven - Spotlight
Aug. 2, 2016:
Jenn from Book Jems - Review
Aug. 3, 2016:
Jessica from OMG Reads - Spotlight
Becky from Becky on Books and Quilts - Interview
Madi from The Booknerd Diaries - Review
Aug. 4, 2016:
Moriah from A Leisure Moment - Spotlight
Emily from Bookland Fairytale - Review
Aug. 5, 2016:
Ena from Swoon Worthy Reads - Review
Stephannie from Swoon Worthy Reads - Review

Does Defying Gravity sound like your kind of book? Find out more now:

Disclaimer: This book contains enough sexual tension to melt snow, the hottest near-kiss in the history of near-kisses, and a sexy snowboarder determined to win the heart of the girl he loves. Zoey Miller lives for her holidays in Aspen. Her time up on the mountain with the Madison brothers, Parker and Luke, is everything. But for the first time, it’s not enough. This time, she’s determined to win one of the brothers’ hearts. But the brother she has in mind is a renowned player, with hordes of snow-bunnies following him around Snowmass resort. And the other…well, he’s her best friend and knows she deserves better. Namely him. And he’s going to win her heart.

Excerpt:
The crowd at the entrance started doing strange things. For one, it parted like the sea before Moses. For another, guys stopped dead in their tracks…and those who didn’t stop ran into walls or tripped over their own feet. The women and girls around these guys started rolling their eyes, some good-natured, some not so much.
Parker’s heart hammered like a drunk carpenter had taken over his pulse.
Zoey was on the mountain.
She breezed through the crowd in a lime-green ski suit, her snowboard resting against her shoulder. Blond hair streamed out behind her under the hot pink knit cap she’d been wearing since they were kids, and her cheeks were flushed with the cold. Her smile could stop traffic…no, really, it had stopped traffic. The sudden loss of coordination among the men near the entrance was proof.
He could only imagine what her real smile—the one she only gave him—could do.
Wait. No. He didn’t want her smiling at any other guys that way.
She searched the crowd, oblivious as always to the way people stared, and Parker waved. Laughing, she barreled straight at him, tossing her snowboard to the side, before knocking him into a snow drift. They landed in a clatter of boots, boards, and limbs, with her on top.
Her grin lit up the world. “Parker Madison! How the hell are you?”
His entire body went supernova hot. He could feel every inch of her, despite the layers of ski clothes separating them.  Jesus. He choked back a groan and tried to think of anything other than how perfectly they fit together. If she felt how his body responded to her…
No, not happening.
He sighed heavily and brushed melting snow from her cheek. “How am I? Well, Miller, I’m bored.” Lie. So much lying. Whole mountains of lie.
“Bored?” She blinked at him. “I’m not that late.”
He pretended to scowl at her, enjoying the close-up look at her baby-blues. Huh, was she wearing mascara? Since when did she wear makeup on the mountain? Not that he was complaining—she looked amazing. “Zoey, two ages of the universe passed by while I’ve been waiting for you. Maybe even three.”
“Is that so?” She smiled again and tugged on his cap. “I missed you.”
There’s the smile he’d been waiting for. His mouth went dry and he had to swallow a few times before he could speak. Maybe he should just kiss her instead. “Yeah?”
“Yeah.” 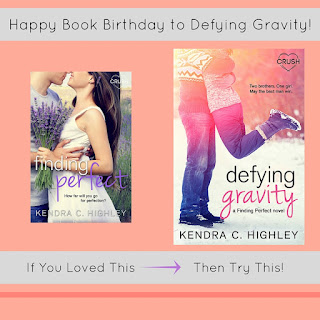 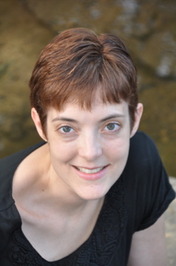 About the Author
Kendra C. Highley lives in north Texas with her husband and two children. She also serves as staff to four self-important and high-powered cats. This, according to the cats, is her most important job. She believes in everyday magic, extraordinary love stories, and the restorative powers of dark chocolate.