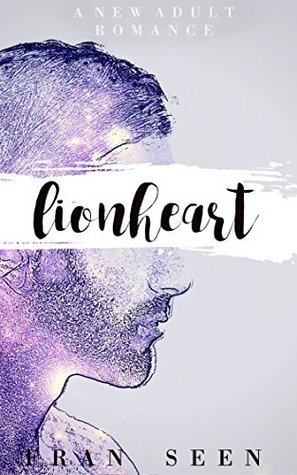 An Arab-American soldier and a stargazing woman connect in this high-tech Beauty and the Beast retelling.

In an attempt to pay off her family’s debts, Lula answers a Craigslist ad for a job opening at the formerly vacant Bluegrass Manor. A stern and brooding man offers her the job, but there’s a catch—Lula isn’t allowed to look at him. No one in the manor has ever laid eyes on Mr. Rahim’s face. Although, Mr. Rahim has eyes on everyone—security footage relays on a constant loop in his office.

Everything Lula isn’t meant to notice about Mr. Rahim intrigues her: the cadence of his accented voice, the stoutness of his build, and his self-imposed prison that mirrors her own.

Lionheart is a romance of huge stakes that asks one question: Is love enough to mend a broken soul?
Goodreads | Amazon

DISCLAIMER: I received a copy of this book from the author in exchange for honest review. Non-spoiler review.

I love re-tellings. When I saw the blurb for this book, I jumped out of me skin. I started reading it in the middle of the night and found myself up for a over an hour. I literally forced myself to go to sleep so that I could finish in the morning.

The hero in this story is Arab-American; it's different, but a good different. I love how the author brings to light how some people discriminate other races, 'because they are not like us.'

Lula is a strong character. I found her very interesting to read and well developed. Alo Rahim? He's the perfect invisible picture of a hurting man. Of a man who feels that he repulses everyone. In a way, his character does reflect Beast from the known fairy-tale. However, he's a twist because he just a man trying to heal. Because he does not feel anyone would actually want to be near him, he acts out from that in supposed arrogance. He's really not.

My Rating: 5 of 5 Stars.
I think what I loved best about this book is how the romance unfolds. And, yes, it is NA reading, but I found it surprisingly clean. By clean, I mean the details were there later on, but it was so sweet. Everything just . . . It worked out so perfectly and Fran Seen gave a wonderful, original twist to what happens to be my most favorite fairy-tale. ♥
Posted by Esther Hadassah at 8/16/2016 11:14:00 AM