#Spotlight and #giveaway: Flying Away by Caroline A. Gill @XpressoTours 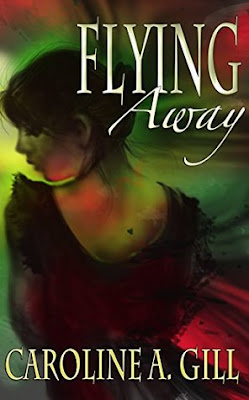 Flying Away
(The Flykeeper Chronicles Book 1)
by Caroline A. Gill

When Iolani Bearse was five years old, she lost her father to war. When she was nine, her mother died in a freak car accident. When Lani was fourteen, eerie green lights invaded, tearing her from the only home she had left.

Living as a runaway, dragging a horse and her cousin Eleanor across the countryside, Lani must learn to survive. Now Lani is the only person between the horrible, greedy lights and the last bit of family she has left. Her own heart is barely beating, but powerful memories pull her to Malcolm St. John. She fights what she feels, buried deep within her shattered soul.

Malcolm St. John always held his feelings in, especially about Iolani. So when she shows up on his doorstep, desperate and determined, Mal must decide if the wild tales she spins are the fragments of insanity or the last hope for a dying nation. This Lani is different from the child he knew. Something is coming for her, for him, and will not be stopped

If the cousins and Malcolm can’t escape the grasping hunters who hound them, the future of a broken America will be destroyed. Everything Lani has ever loved will burn with them. Somehow, she must find a path through friendship and loyalty to save them all.

My relief at my escape washed away as I saw Eleanor's foot was already under the lake surface. Her leg slid toward the lapping waters, her limp body following behind. “No!” I cried out. Her other leg and then her hip slipped under. The rest of her body fell into the abyss.
With that scream, I jumped up ready for battle. By the time I got there, only the tip of her hands were visible, sinking fast. Laying on my stomach, I yanked as hard as I could on her fingertips, pulling her wrists out of the water. Adrenalin filled me. My head buzzed. I could see every detail of everything around me. Searching under the water, I felt Eleanor's shoulder. Dammit. I plunged both arms in, holding her against the tar's grasp. Her glowing face floated beneath the surface, eyes opened.
Grabbing her under her arms, I pulled against the suction of the lake monster. I refused to lose this battle, this friend. With the strength of seven men, I pulled her body back up, over the rough-hewn wood. Even as I yanked her shining shoulders away from the edge of the wooden dock, the darkness curled itself three times around her leg and strengthened its hold, resisting my intrusion.
“Eleanor! Eleanor, please!” My tears were useless. I was shivering and frantic at the same time.
I fought the malice. Whatever it was, the thing would not be denied. Hungry and determined, it did not pause. It wanted Eleanor. I struggled against the added weight of her water-soaked clothes.
A splinter stabbed my foot while I yanked on my cousin's paralyzed body. The sharp pain of it was distracting. It made me angry instead of afraid.
In the forest, the flies had given me a gift. Because of them, I could see beyond my limited senses. The darkest pitch was real, malignant and intelligent. Baleful eyes that marked the head of the beast shone clear as holiday lights. I wanted to shout something courageous like, “By the power of GreySword!” or some other battle-cry out of a childhood show. I wanted to be special, to have some ability to fight the scary thing that held my cousin. I had nothing but the flies' unintentional gift–that and my own stubbornness.
Standing up straight, I lunged away with all my might, calves straining against the mud and grass at the edge of the lake. “We are gonna make it. We are,” I vowed with each gained inch. Eleanor was almost off the dock, almost free of the bucking wood.
I looked back. The sinuous blackness still held her leg tight. It stretched like gum on the asphalt on the hottest days of August. Naked and shivering, my body started shaking. Pulling against such hunger left me drained. We gained precious ground, but soon I would falter. I felt insignificant trying to resist the lake creature.
Where was my mighty sword that I could use to cut the evil apart? Looking for anything that might sever the connection, I used the glow of Eleanor's body to search the nearby ground. There was a rusty length of chain and a broken shovel a few steps away, too far to do me any good.
Tears sprang to my eyes. Tears that I did not shed at the wrenching agony that killed my mother. Tears that did not fall while my mother's blood ran away, mingling with spilt oil and gasoline on the rain-slicked road–those tears. Each one was now a deluge. My anger and fear merged, a wick in the center of my bright frustration.
With clenched teeth, I started humming my mother's favorite lullaby, Rock-a-bye Baby. I resisted the illness that fed from those baleful eyes, floating ever nearer. It was the only song that came to mind. Weirdly, the predator's grip loosened a little. Anything that worked even a little was a road I would travel willingly.
Sweat stung my eyes. My tear ducts filled again. I started to sway from dizziness. Shouting the song at the tar octopus, I pulled and pulled against the flowing despair. “When the wind blows... the cradle, the cradle...”
With rage and determination, I yanked again on Eleanor's shoulders but to no avail. She was held tight, a rusted iron wedge forgotten in an overgrown tree. Grabbing at the slick tar that held her immobile, I was brought to my knees. The disease flowed out of the lake, full of venom and pesticide.
I spat at its grip, fighting for both of us. The dizziness grew.
A buzzing filled my head, a sound that both cocooned me and rang like the sounding of a tremendous tower bell. “Help me!” I cried out in desperation, confused and weary.
All around me, lights flickered and grew–lights blending with other flickering lights. I watched the starry sky fall to earth. I was at the center of a moving galaxy.
It was beautiful and miraculous, like floating in the middle of a perfectly calm sea and seeing the stars in stereo.


Like ash falling from a newly-made volcano, the fireflies came. 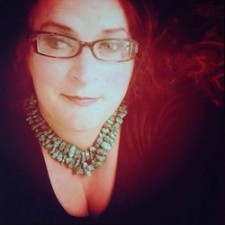 About the Author
Unusual stories attract me, ones in which the reader cannot easily see the ending or most of the journey. Visiting Rome during university studies, I found a simple truth sitting on buses, traveling all over the ancient city: the joy is in the Journey, in the people I meet, not in the destination. So, I write for you. I write for sanity. I write for chocolate and really good pizza.
Author Links:
http://www.authorcarolineagill.com/
https://www.facebook.com/Author-Caroline-A-Gill-Novels-and-Artwork-545423068830114/
https://www.goodreads.com/author/show/7121830.Caroline_A_Gill
Posted by Esther Hadassah at 3/31/2016 09:28:00 AM