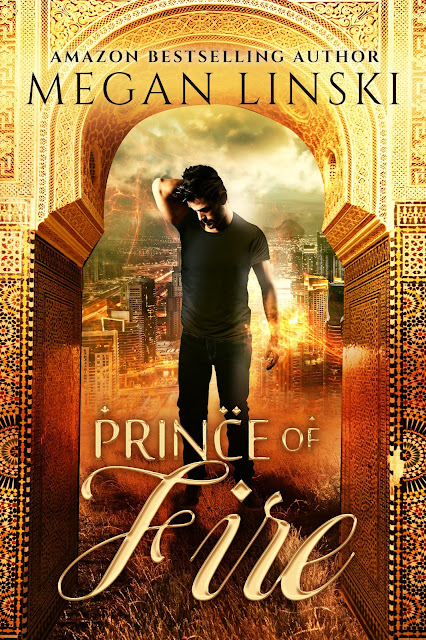 Zayde Amirmoez is in his last year of college at Ashana University, and he couldn’t be more eager to leave. A talented thief, Zayde makes a living by robbing jewelry stores in order to care for his ailing mother, who grows sicker each passing day.

Then the dreams begin. Zayde’s nightmares echo memories of a land from another time, visions of a mysterious princess who lived two thousand years ago. At the insistence of his annoying history professor, Zayde becomes friends with the beautiful freshman who loves to dance…the girl who looks exactly like the princess in his dreams.

As a dangerous new Dean and his spiteful son take the helm at Ashana University, Zayde learns of the legends of Queen Bennua, which are eerily similar to his nightmares. Could Zayde’s dreams be a coincidence? Or is it possible that Bennua and Zahid have returned, to save Sahrahn once more?

Previous Books in the Series (click on images for Goodreads links):

Megan Linski is the owner of Gryfyn Publishing and has had a passion for writing ever since she completed her first (short) novel at the age of 6. Her specializations are romance, fantasy, and contemporary fiction for people aged 14-24. When not writing she enjoys ice skating, horse riding, theatre, archery, fishing, and being outdoors. She is a passionate advocate for mental health awareness and suicide prevention, and is an active fighter against common variable immune deficiency disorder. She lives in Michigan.
Author Links: