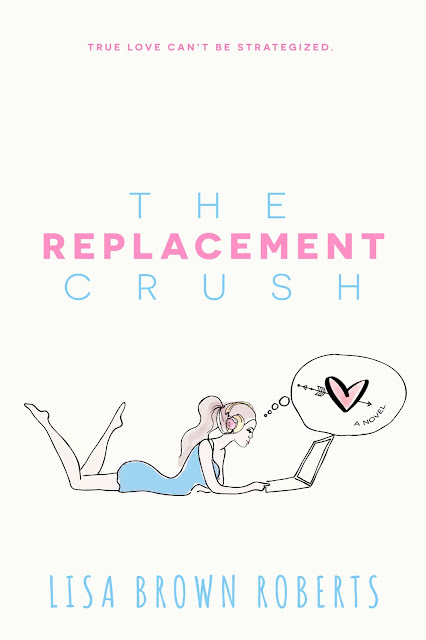 True love can’t be strategized.
Romance book blogger Vivian Galdi is a girl with a plan: the Replacement Crush mission. After her longtime crush pretends their secret summer kissing sessions never happened, Vivian creates a list of safe targets, determined to protect her heart and avoid anyone who pings her zing meter. But nerd-hot Dallas, the new guy in town, sends the mission and Vivian’s zing meter into chaos. While designing software for the bookstore where Vivian works, Dallas wages a counter-mission, analyzing his target and taking advantage of the tactical errors in her strategy.

Does Dallas just like a good game of Replacement Crush Battlefield, or is he on his own mission to prove to Vivian that true love isn’t a matter of strategy? And how much collateral damage can they both sustain during the heat of battle?

Lisa Brown Roberts still hasn't recovered from the teenage trauma of nearly tweezing off both eyebrows and having to pencil them in for an entire school year. This and other angst-filled memories inspire her to write YA books about navigating life's painful and funny dramas, and falling in love along the way. She lives in Colorado in a house full of books, boys, four-legged prima donnas, and lots of laughter.