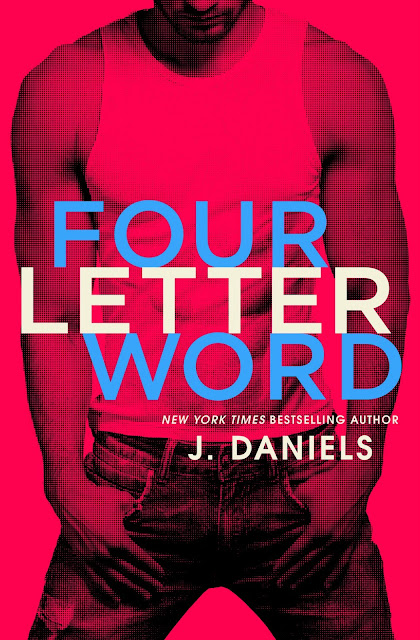 Which four letter word will change their lives forever?

In an effort to avoid dealing with the shocking end of her marriage, Sydney Paige high-tails it to Dogwood Beach, North Carolina to vent her anger onto the man who broke her best friend's heart. But when she unknowingly dials the wrong number, Syd's newly single world is turned upside down by a stranger who wants to keep her on the line.

Brian Savage is living a life he's quickly come to hate- until Sydney and her innocently wild voice. But Brian has secrets, ones that could destroy everything between them. And when the woman on the phone becomes the lover in his bed, shielding her from the mistakes of his past becomes harder and harder...

“A delicious slow burn with explosive chemistry—FOUR LETTER WORD is everything you want and more. Twists and turns. A to die for hero. J. Daniels’s writing is unique, emotional, and addictive. My four letter word is LOVE. Multiplied by four!” - Katy Evans, New York Times bestselling author of Manwhore 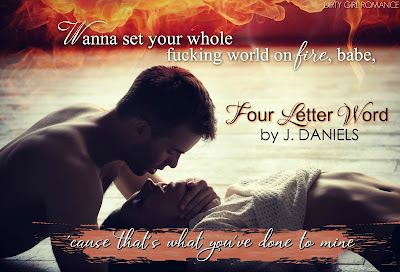 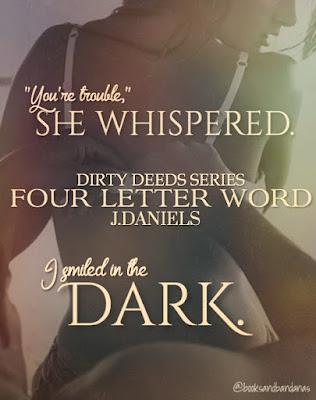 She would rather bake than cook, she listens to music entirely too loud, and loves writing stories her children will never read. Her husband and children are her greatest loves, with cupcakes coming in at a close second.

J grew up in Baltimore and resides in Maryland with her family.