GRAB 'IN THE ABSENCE OF YOU' BY SUNNIVA DEE ON SALE! 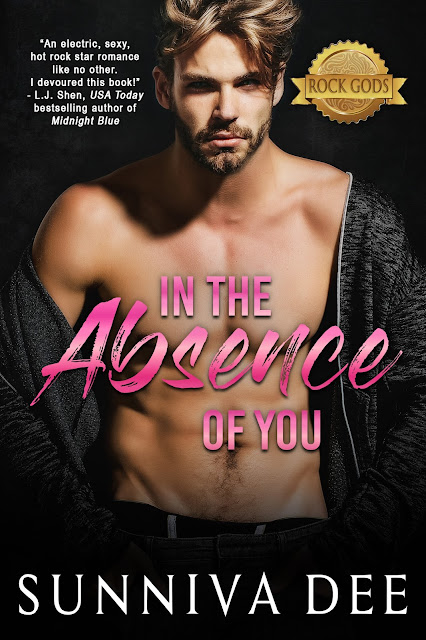 The gig was simple enough.
I was to take over as the merch girl for Swedish rock god, Emil Vinter.
He was gorgeous, magnetic, sexy.
Worshipped by the masses for his sick talent.

I'm Aishe Xodyar, a hot-blooded Gypsy with a flair for dark love.
I felt safe; no way Emil's sunny, extroverted disposition could feed my fixation.

But under the surface, lurked a self-destructive artist.


An unhealthy obsession with Russian roulette.
A seductive lack of compassion.
A love so all-consuming it surpassed my wildest imagination.

Emil Vinter became my sinkhole.
By the end of the world tour, his larger-than-life presence was swallowing me whole.

“Absence of You is an electric, sexy, hot rock star romance like no other. I devoured this book. Sunniva Dee sure knows how to write an unapologetic bad boy!” - LJ Shen, USA Today Bestselling author ☆☆☆☆☆ 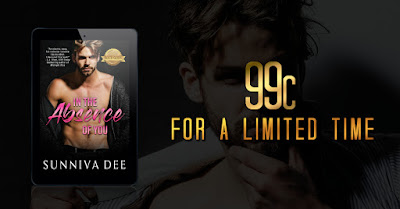 99c for a limited time 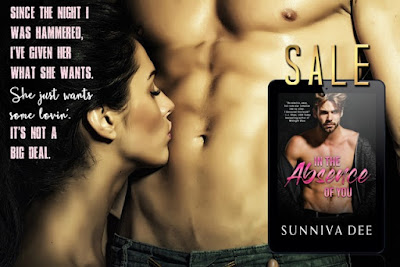 I’m just their merch girl. Sometimes it’s surreal that I get to experience this with the band. My imagination transports me into a future where moments like these have become memories. They hit me straight in the diaphragm, forcing my eyes shut with the bliss that I was a part of this, that I was there when a great band was in the process of becoming legendary.
The audience loses it around me, smiling, chanting along to a song they don’t know because it’s the first time Emil sings it live. I’m being bumped from all sides, life is perfect, and I’m grinning so big, my Gypsy blood rushes through my veins, affording the disquiet I crave.
I start jumping to the beat as Emil slides to his knees at the edge of the stage. He laughs into the microphone. He’s a god, yelling, “Hey! Hey! What’s up? You’ve come to the right place! I’m here to entertain—and if you’re bored when I’m done, I’ll shoot a bullet through my head for your—
Enter—
Tain—
Ment!”
On the third chorus, the crowd gets it and shouts the last words out with him. On the fourth chorus, the music disappears. I tense and swing to Troll, but find him laughing behind the sound booth. The guys lift their hands from their instruments, not playing, just screaming the chorus with Emil and enjoying the wall of feedback from the sixteen-hundred-strong audience.
I woot, my voice meshing with the others’.
Nadia’s at a table to the right of the stage. Bo exchanges a flirty wink with her, but then my attention pulls back to Emil.
Goodness. Emil.
He’s arched up in his kneeled position when the music resumes again, an onslaught of sound after the club-wide a cappella performance we just experienced. His hips thrust forward like a bullfighter, like a lover, his package bulging with excitement. A heated sting hits my abdomen at the sight. I wonder if everyone notices that detail, or if I’m just abnormally tuned in.
It’s hard to take my eyes off of him nowadays. When he flirted with me the other night— Yeah.
Unsettling.
Still, to mingle with foreigners like Emil, from way up north in Santa Land, should be the safest way to go for me. I remind myself of how the snow puts those guys on ice and gives them a bleak strain of love compared to the hot-blooded crazy of my race.
Emil lowers his face, targeting me. His features stretch in a dazzling smile, his body emanating the joy I feel whenever I’m around him.
Shandor’s glare follows me too, but I ignore him and slant up on my stiletto toes. Raise both hands to my mouth. Then I throw Emil a kiss with the tips of all ten fingers.
He sees me and laughs softly into the mic as the music ebbs on the last note. Used to his antics, the band doesn’t react when he lowers on his hands and crawls forward on the stage until his face peeks over the edge.
The audience roars, and between their response and Emil’s eyes, my determination blazes. I’m not waiting. I’m not leaving this opportunity to some fan, because he’s never been closer to becoming my prize.
I press forward past whooping ticket payers. Emil’s stare remains on me, inviting me forward, and I leap the last few feet until I’m inches away, my face even with his. I grab the stage with my hands, letting my eyes burn freely with my people’s fervor. It’s arousal, desire, need, and everything that’s red, and I can’t help it and I don’t fucking care. All I know is Emil’s here and I’ve got air in my lungs to live and breathe and not fear.
Santa Land, I think as he leans down to find my mouth.
Harmless, I think as soft lips meet mine for the first time.
Crazy, I think when he feels so much better than I hoped. 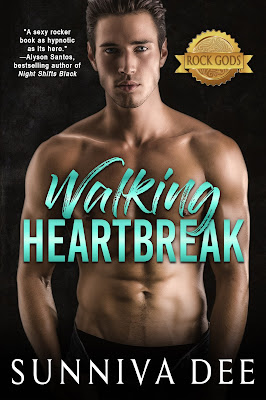 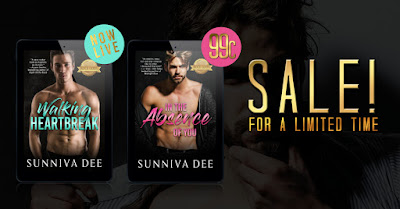 Sunniva Dee is a lover of great writing and wild, passionate, angsty characters. In the beautiful city of Savannah, Georgia, she divides her time between her “petting zoo” and writing sexy novels. Sunniva ado-o-ores breaking stereotypes and describing the flipside of bad-boy alphas or good boys with a savage streak. 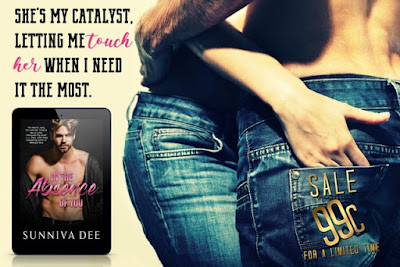