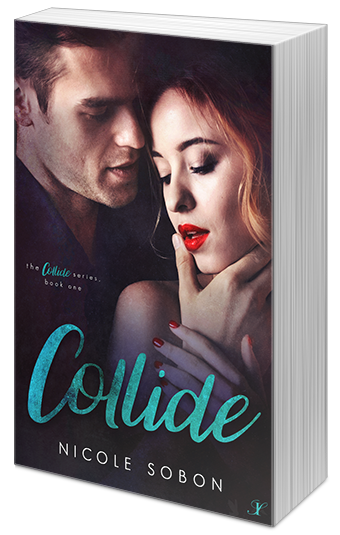 Three simple words were all it took to change their lives forever.

Losing a loved one is hard. Learning to survive in their absence? That’s even harder. For Gemma Michaels, life had become difficult following her brother’s death, but the one thing that kept her afloat was the one thing she knew she shouldn’t have desired – her best friend, Ben.

He’d made a promise to her brother – to protect her, no matter what. For Ben, that had meant that she was off limits. But then she slips and tells him the three words he’s been waiting to hear.

Love happens when you least expect it.

FOLLOW THE REST OF THE BLOG TOUR BY CLICKING HERE!

I received an ARC of this book, through Chapter by Chapter Book Tours, for honest review and in participation of a blog tour. This is my honest review.

I was drawn into this book, oh my goodness. It starts with a gentle stab to the heart. Slowly, the wound is healing. Then stabbed again, but this time it heals properly. The characters! I related to Gemma so much, because I know what it's like to lose a brother. I've lost two. It was a bit frustrating for me because I know Ben wanted to keep his promise to his best friend, but avoiding relations with Gemma was torturous. The good kind.
I do not think I've ever read any of Nicole Sobon's books before now, if I have I'm sure it'll come to me. Collide was amazing. I could finish it in one sitting. And I definitely read it a few times. It was that good.

EXCERPT!
“About last night—”
“I’d rather talk privately, if it’s all right with you?” I glanced back at Molly’s open door. I knew she was getting ready for work, but I also knew she was known to eavesdrop. It had always been a specialty of hers, one that often ended up biting me in the ass.
And although she’d known about my feelings for Ben for some time, this wasn’t a conversation I was ready for her to hear. Hell, it wasn’t a conversation I was ready to hear.
I led him toward my room, my heart pounding against my chest, increasing in speed with every step almost as though it would shatter at any given moment. It was ridiculous to be scared. He had been over countless times. Hell, he had even slept in my room on days he came by to check on me when I was sick. I shouldn’t have been nervous, but I was.
Because this? This was different.
This wasn’t Ben coming by for relationship advice; this wasn’t Ben cuddling with me in bed when I was sick with a fever. This was Ben coming to talk to me about us because my dumb ass couldn’t keep my mouth shut.

Nicole Sobon is the author of The Emile Reed Chronicles (YA Science Fiction), the Outbreak duology, Collide (NA Romance), and more!