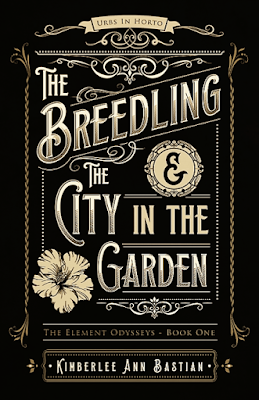 The Breedling
and the
City in the Garden
(The Element Odysseys, Book 1)
by Kimberlee Ann Bastian
Young Adult, Fantasy

Absolute obedience, servitude, neutrality.
​
These were the laws that once governed Bartholomew, an immortal soulcatcher, until one ill-fated night when he was forced to make a choice: rebel against his masters or reveal an ancient, dangerous secret.

Imprisoned for centuries as punishment for his decision, Bartholomew wastes away—until he creates an opportunity to escape. By a stroke of chance, Bartholomew finds himself in the human world and soon learns that breaking his bonds does not come without a price. Cut off from the grace that once ruled him, he must discover a new magic in 1930s Chicago.

Armed with only a cryptic message to give him direction, Bartholomew desperately tries to resume the mission he had started so long ago. Relying on the unlikely guidance of the streetwise orphan Charlie Reese, Bartholomew must navigate the depressed streets of the City in the Garden. But in order to solve this riddle, he must first discover if choice and fate are one in the same.

First of all, this book is different. I have mixed feelings about this book. Although the story is very interesting, I kept finding myself weighing it in my hands. Like there were just some things that didn't sit too well with me. The concept of the story is great; the characters were easy to like. I do feel that the book was dragging at the start, but it picked up towards the end. I like that the plot follows historical patterns, mixed with fantasy elements. That's something I've wanted to get into, but maybe this wasn't the book for that.

I think I might have had set my standards a bit too high. Overall, the author does have a great concept going. For a debut, I think it is pulled off fairly well. 1930s is a time in history that I and my younger sister always 'Oooh' and 'Aaah' about. I've never been to Chicago, so it was kind of nice to visit it through reading.

My Rating: 4 of 5 Stars.
I was a bit confused with some stuff. And though there were answers for majority of the details, I did still get a bit lost. The supernatural aspect is . . . interesting, to say the least. I think this book falls into the category of "whatever floats your boat" kind of thing. 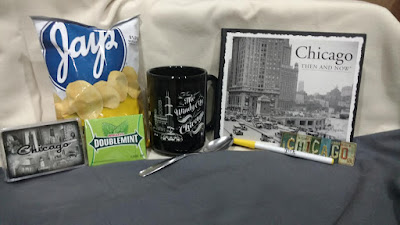 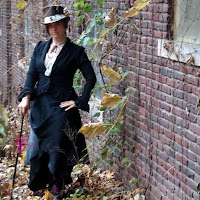 Kimberlee Ann Bastian has a unique love affair with American nostalgia, mythology, and endless possibilities. This melting pot of elements is what prompted the creation of her epic ELEMENT ODYSSEYS series, starting with the reboot of her debut novel now titled THE BREEDLING AND THE CITY IN THE GARDEN.

When she is not in her writer's room, working her current "day job", or consuming other literary worlds, she enjoys hiking and cycling around the bluffs of your Southeastern MN home and catching up on her favorite pop culture. ​