The World Without End (Box Set) by Nazarea Andrews #Review 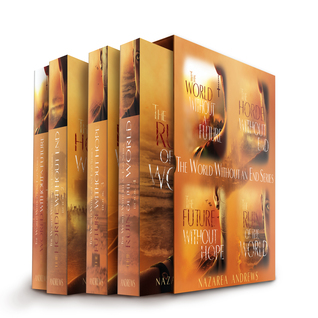 The World Without End (Box Set)
by Nazarea Andrews

The complete set of The World Without End series, with exclusive bonus content.
The World Without a Future--Book 1
Nurrin has spent her entire life in a world with zombies, behind the dubious safety of Haven walls. But when her Haven falls, she manages to escape with her boyfriend, brother and her brother's partner.
Finn O'Malley wants nothing more than to leave his past behind. But on the run in zombie nfested lands, he's forced to work with Nurrin to find the medicine that might save her boyfriend.
The Havens are falling, and in the end, everything ends in blood.
The Horde Without End
It was supposed to be over. But the stakes are even higher and there is no one to trust but Finn.
They're following breadcrumbs, and Finn's past is catching up with them. And time is running out--the zombies aren't the only dangerous thing in the world.
In the end, there is only blood--blood that is spilled, and blood that is shared.
The Future Without Hope
Everything has changed. The Order has their hands in every dark corner of the Haven. With enemies on every side, and the horde bringing down the Havens, the question isn't who will survive. It's how far are they willing to go?
In the end, only one thing will matter...
The Ruin of the World
The thrilling conclusion to The World Without End series.
In the East, working for the Order, everything will change in one last battle.
It all ends in blood
Box Set Contents
The World Without A Future
The Horde Without End
The Future Without Hope
The Ruin of the World
Dinner in the Haven--Short Story
The Road Less Traveled--Short Story
The Girl Who Fought the East--Short Story
Reclaiming the West--Novella
Exclusive look at The Blood Scion
Goodreads | Amazon

DISCLAIMER: I received an e-ARC (via Nazarea Andrews herself) in exchange for a review. I shall keep this as spoiler free as I can. (I only read through book one, but I knew I had to share before moving on, because it is friggin' awesome!)

Characters/Plot: Ren (Nurrin) is a complex character, but she's ideal in this series. Dustin, her boyfriend from the beginning, he grows on you. But you learn to like Finn. He gets under your skin, more than you think. The race to escape the zombies were awesome. FINN BRINGS SUCH TORTURE TO THE STEAMY SECTIONS OF THE PLOT. Amazingly executed.

My Honest Opinion/Thoughts: I was so surprised at how much I was enjoying the book(s). I've never actually read zombies before, so I was a little worried about whether I would give it a good rating for you guys wanting to read it yourselves. Friggin' awesome! The plot(s) were so amazingly put. I would definitely recommend this to people who are just starting to enjoy zombie books, because that element is there, but on overload that you would not be able to handle it.  I'm continuing to read on to the next book, and I think you readers should too (for those of you who like zombie attacks with a twist steamy content. 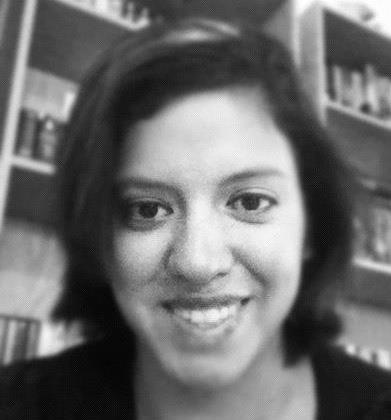 About the Author
Nazarea Andrews is an avid reader and tends to write the stories she wants to read. She loves chocolate and coffee almost as much as she loves books, but not quite as much as she loves her kids. She lives in south Georgia with her husband, daughters, and overgrown dog.