Star quarterback Marcus Kingston lives and breathes football. He’s trusted his abilities and instincts to get him this far, but an injury last season nearly ended his career. When his coaches want him to wear biofeedback technology to analyze his game, Marcus thinks the idea is ridiculous. Plus, the mousy scientist behind the project knows nothing about sports, and she quickly gets under his skin. But with another QB waiting on the sidelines, Marcus can either agree to participate, or be benched—permanently. Scientist Clare Wynifred values intellect above most things. With her brain constantly working, she has little interest in her appearance and zero interest in sports. She never imagined her wearable tech being used to improve someone’s game, but its success with the team could get her a military contract. Clare may be too late to save her brother, but her technology could save the lives of countless soldiers. She just has to make it work with the stubborn quarterback, and she’ll be one step closer to her goal. Marcus and Clare butt heads at first, but their mutual attraction quickly grows. And yet, with everything to lose, it’s easy to ignore that together they might be able to go the distance.

Limited copies of Celi-bet (Solomon Brothers #2) are available for interested reviewers on the Adopt-An-Audiobook page.

Leslie North is the pen name for a critically-acclaimed author of women’s contemporary romance and fiction. The anonymity gives her the perfect opportunity to paint with her full artistic palette, especially in the romance and erotic fantasy genres. The truth of the matter is she loves her fictional persona, Leslie North, more than her normal, day-to-day persona! Her bestselling books focus on strong characters and particularly women who aren’t afraid to challenge an alpha male. Inspired after years of travel, her stories are set all over the world, from the tough streets of Russia to the beautiful beaches of the middle east. Leslie fell in love with romance when she first picked up a scrappy, dog-eared romance book from her local library. She began writing soon after and the rest, as they say, was history. She now lives in a cozy cottage on the British coast and enjoys taking long walks with her two Dalmatians, George and Fergie.

After a career in finance, Rebecca Roberts became inspired to pursue her childhood dream of becoming an actress. Her ingenuity and ardent desire brought her to voice-acting which has rapidly grown into her thriving audiobook narration and production company, Atlantis Audio Productions. She has narrated and produced over seventy audiobooks for indie authors and major publishing houses. Rebecca delivers her stories with a mature and intelligent style characterized by a believable tone, and versatility in creating memorable and individual characters with her various accents and vocal qualities. In short, she narrates with her whole heart. Rebecca is a native Floridian, proud mother to three sparkling children, and wife to the man of her dreams.

I received this audiobook as part of my participation in a blog tour with Audiobookworm Promotions. The tour is being sponsored by Leslie North. The gifting of this audiobook did not affect my opinion of it.

Just over 3.5 hours, I managed to finish this book in a few listens, over the course of a couple weeks. Leslie North's writing is unique. It wasn't difficult to follow the characters. No overload of details that weren't necessary and overall a great story. I was so touched by the fact that Marcus is color-blind. He only sees things in black, white, and various shades of gray (no pun intended). I do not wish to offer spoilers, but I was moved to tears when he tries on the glasses. (Marcus' reaction was not quite like this, but I was still moved). The chemistry between Claire and Marcus grows intensely throughout the story. I love that.

You can tell Rebecca Roberts has experience in narration. I have no complaints whatsoever. She read the story with clarity. I once listened to an audiobook where the narrator stumbled a little over the words. Not frequently, but a few times. You never want that. In my limited experience as an audiobook listener, I know we don't want a poor representation of a book's story and characters. This said, I feel Roberts brings a lot to what is already great read. 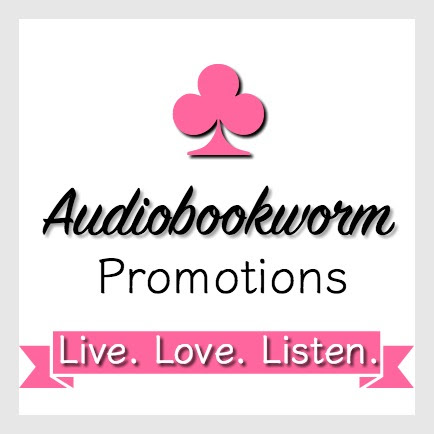