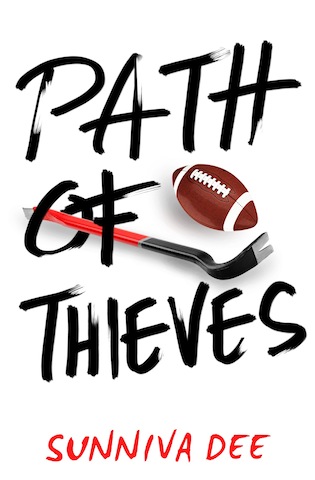 
Football hero by day and thief by night, Charles “Cugs” McConnely leads a double life in the small town of Newbark, Florida. At sundown, the seventeen-year-old turns burglar, forced into the business by the man who should be teaching him the difference between right and wrong: his father.
Cugs is a pro at both games, but only one can secure him a college scholarship. It should be an easy decision, a no-brainer—if Newbark hadn’t proffered the only life he knows.


After run-ins with Nadine Paganelli, his accidental victim and the sole person to have caught him in the act, Cugs starts to realize that hearts can be stolen too.


When his long-lost sister makes contact, lies are uncovered and truths revealed. Suddenly, Cugs finds himself questioning both plans and loyalties. Because sometimes the only way to move forward is by pulling the bottom out of the past. 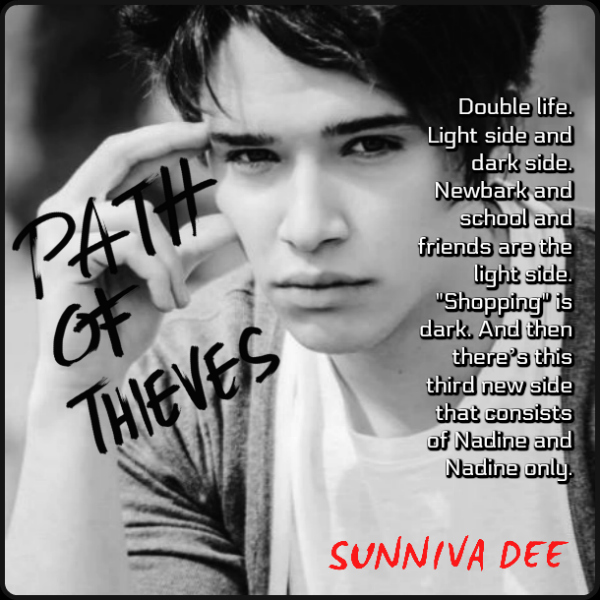 EXCERPT:
Last night wasn’t good. Dad’s getting more eager. He wants to accomplish so much on his shopping sprees, blaming a more expensive life now that Step-Cynth’s with us. I’m not in a place to meddle, but it seems six-packs of aprons aren’t the only things she buys on his bill.
My father’s becoming sloppy. Yesterday, we returned in the early morning after hitting almost a dozen houses. The owners of four of them were still at home. Yeah. He isn’t doing his homework the way he used to.
Thing is I’m tired. I don’t see a change in sight. Now, I try to keep my eyes open as I drive the wreck to Orlando to meet up with Keyon. Which is going to come back and bite me in the ass. What other option did I have though, come off as a coward to, in the words of Liza, “freaking Keyon Arias of Alliance Cage Warriors?”
Keyon is already there when I enter the Hard Rock Café. He fills out his side of the booth with fighter shoulders and wide thighs. Elbows on the table and bent over a glass of water, he lifts a hand in greeting as soon as he sees me. My chance to chicken out just dissipated.
“Cugs,” he says, voice husky like it is after a fight. Maybe that’s his voice now. I remember it light, prepubescent, I guess, from back when my own had the pitch of a little kid.
“Keyon.” I tip my head, acknowledging him without a smile, and then I sit down in front of him.
“Soda?”
I think of the possibility of going to Gainesville for the tryouts. “Ice water.”
Keyon doesn’t need to do much to get the waitress over. Half-turned to our table, she’s hovering with a watchful eye. When he glances up, she meets his stare immediately and hurries over.
“How are you?” From his expression, he’s not just being polite. He wants to know. “It’s been so long since we’ve talked.”
“I’m good,” I lie.
“What have you been up to? Your sister has been trying to get a hold of you.”
I’ve steeled myself for questions, assuming they would come. I didn’t think he’d start with them right away though.
“Oh you know, living it up in Newbark.” I do a long, purposely fake nod hoping it will make him laugh. Instead, he studies me, starting with my eyes then traveling over my face.
“You liking it there? How’s your old man?”
I shrug, unable to lie about him. “Married again. To a girl Paislee’s age.”
His eyes widen a little. “Is that so?”
“Yeah, as of a few months ago.”
“Geez.” He blows air out his nose. “New stepmother, huh?”
“Yeah, she isn’t exactly Mom.” And there, I said it. I hope he doesn’t notice. I open my mouth to add something, whatever, to get us off the subject, but he jumps in before me.
“You miss your mother?”
Silence.
Snowmen. Hot chocolate. Cold summer lakes. Blue lips. 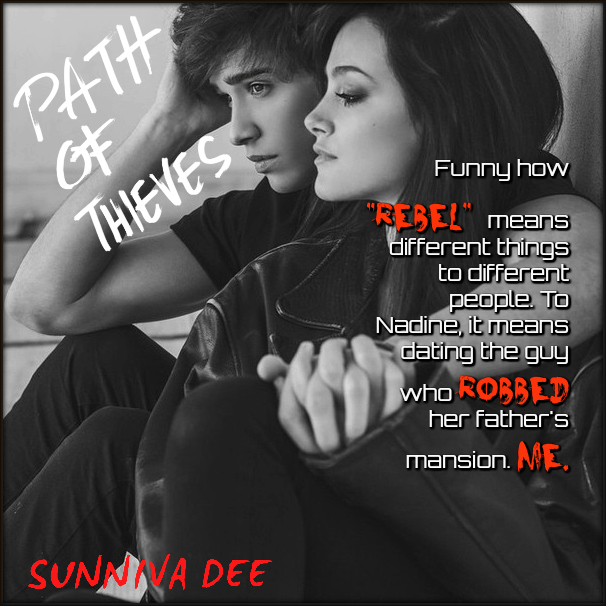 ABOUT THE AUTHOR
Between studies, teaching, and advising, Sunniva has spent her entire adult life in a college environment. Most of her novels are new adult romance geared toward smart, passionate readers with a love for eclectic language and engaging their brain as well as their heart while reading.
Born in the Land of the Midnight Sun, the author spent her early twenties making the world her playground. Southern Europe: Spain, Italy, Greece--Argentina: Buenos Aires, in particular. The United States finally kept her interest, and after half a decade in Los Angeles, she now lounges in the beautiful city of Savannah.
Sometimes, Sunniva writes with a paranormal twist (Shattering Halos, Stargazer, and Cat Love). At other times, it's contemporary (Pandora Wild Child, Leon's Way, Adrenaline Crush, Walking Heartbreak, and Dodging Trains, coming in late March 2016).
This author is the happiest when her characters let their emotions run off with them, shaping her stories in ways she never foresaw. She loves bad-boys and good-boys run amok, and like in real life, her goal is to keep the reader on her toes until the end of each story.
Website | Goodreads | Facebook | Twitter | Instagram | Pinterest | Tsu.co