High school juniors Layla and Tyler are complete opposites. Sure she’s a cheerleader and he’s a football player, but she thinks he’s the biggest jerk in the school and he thinks she is too high on her horse to even be worthy of a second glance from him. And when the two of them are near one another, sparks fly in all the wrong directions. They are NOT interested in speaking to one another, let alone date.

But when Layla unknowingly sends Tyler a smack-down text meant for the girl sending naked photos to her then-boyfriend, Adam, Tyler has no idea it’s Layla and decides to play along. After all, Tyler cannot resist messing with the pissed off girl firing off texts about junk pictures, cheating, and girl code.

As the fallout from Adam’s sexting scandal plays out in front of the entire school, Tyler and Layla secretly continue to text one another using fake names. But as days and weeks pass, things take a turn for the serious between them, and suddenly, their texts mean more. They both begin to consider revealing their true identity to the other and taking the relationship from texts to dates, then kissing and maybe more.

They say there's a thin line between love and hate. Can reality live up to the fantasy, or will Layla and Tyler be forever offsides? 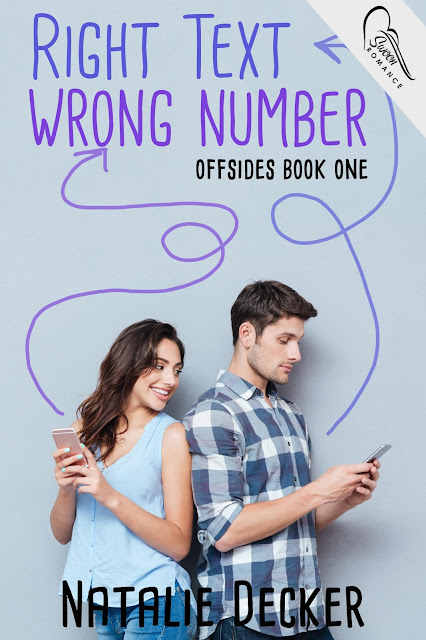