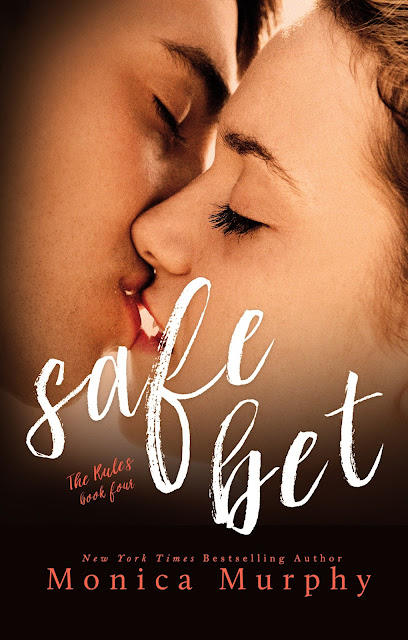 Blurb:
Sydney Walker’s new job is perfect. As the live-in nanny to the most famous quarterback in the NFL and his beautiful wife, she couldn’t have it any better. Their kids are adorable. Her bosses are more than generous. Plus, there are hot football players at the house all the time. Life can’t get much better than this.

Until her life turns into an absolute nightmare. The media is abuzz with rumors that she and her boss Drew Callahan are having a torrid affair. Everyone knows the truth—except the public. So Drew’s wife Fable comes up with the perfect idea.

She creates a fake relationship between Sydney and one of the rookie players on Drew’s team. Wade Knox is forever indebted to Drew and Fable and readily agrees to the set up. Pretending to be in a romantic relationship with the hot nanny for a week—how hard can it be?

(This mash-up new adult romance features characters from both the One Week Girlfriend series and The Rules series.) 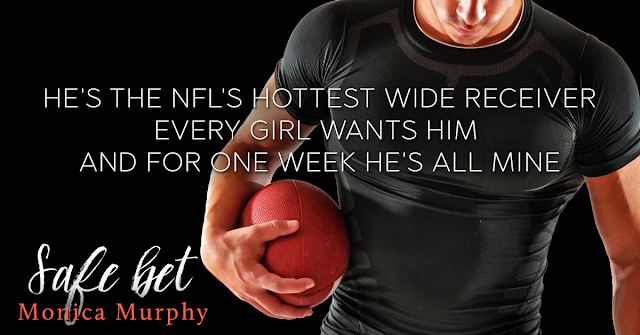 DISCLAIMER: I received a copy of this book in part of this release tour.

She strikes again! Monica Murphy brings brings yet another amazing read. What more? I'm obsessed with her books. Like all of Ms. Murphy's books, Safe Bet follow amazing characters and has a wonderful story to be told. Wade is awesome! Like, seriously. I love sports romances, especially football (and baseball). You might remember Wade from Drew+Fable days, which is clever. When I recognize a side character from another book, and they now have his or her own book/story, and I if I enjoyed that character, I always go after them. Sydney is a great character as well.

Perhaps I am a bit biased, but I mean it when I say that I will never get enough of Ms. Murphy's books. I haven't read the One Week Girlfriend series, but knowing this book meshes characters from over there, I totally have to go check that series out as well.

About the Author:
Monica Murphy is the New York Times, USA Today and #1 international bestselling author of the One Week Girlfriend series, the Billionaire Bachelors and The Rules series. Her books have been translated in almost a dozen languages and has sold over one million copies worldwide. She is both self-published and published by Random House/Bantam and Harper Collins/Avon. She writes new adult, young adult and contemporary romance.

She is a wife and a mother of three who lives in central California on fourteen acres in the middle of nowhere along with their one dog and too many cats. A self-confessed workaholic, when she's not writing, she's reading or hanging out with her husband and kids. She's a firm believer in happy endings, though she will admit to putting her characters through angst-filled moments before they finally get that hard won HEA.