Abandoned at birth, Sophie Shields grew up in abusive foster homes, escaping into books and computers for solace. When the constant danger became too much to bear, she ran away, thinking she could survive on her hacking skills alone.

That was until she met Cole Hunter. He became the only person she could trust: her family, her friend, her partner-in-crime. Her everything. After struggling through college and starting their lives together, she believed that nothing could ever tear them apart.

And she’ll do everything in her power to fix what is broken. If it isn’t too late…

When Cole was nine years old, he watched his whole family burn to death in a house fire. Fueled by years of obsession, he started one of the world’s leading architectural firms, with a mission to design homes resistant to fire, earthquakes, floods, and every threat known to man.

Sophie was his secret weapon. She was his purpose. Since they were teenagers, he was determined to build a better life for her, so she could finally be safe, and they could be together.

But disaster has always followed Cole around, ripping away everything he loves. This time, if he isn’t careful…

His enemies might just take him down
Goodreads | Amazon
Sophie Shields, Book 2: 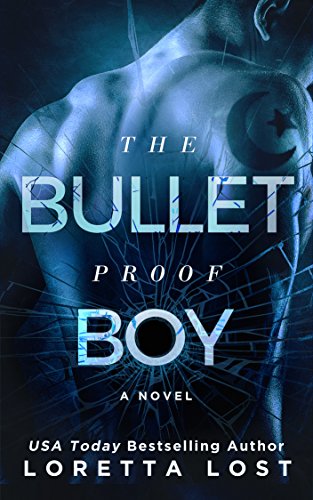 DISCLAIMER: I received a copy of this book from XpressoBookTours for an honest review.

I cannot even begin to say how great this book was for me to read. Now and then, I do enjoy a great mystery, and this was that book for me. Not just that, but Sophie and Cole are childhood best friends. That's an automatic win-win for me. It is definitely one of those books that keeps you on the edge of you seat.

MY RATING: 5 of 5 STARS.
There were parts that just broke my heart. Probably because I've been in similar situations and those moments just hit me like a tidal wave. But it was so good! I am not in love with the author's writing. I can hardly wait to read The Bulletproof Boy!

About the Author
Loretta Lost is a USA Today bestselling author who writes stories where very bad things happen to good people. Mystery, tragedy, and danger complicate her unique romances between characters who will do anything to protect each other.
In the two days of summer that she gets in Canada, she grows a garden of the hottest peppers in the world. She loves using these peppers to torture her guests and challenge their manhood. This could be why she isn't married.