Hi y'all! I've got a double review for you guys today! I don't know how many of you remember my review for Feral Touch (title changes to Hard Rock Touch). If you haven't seen it, check that out HERE. These are going t be quick reviews for the first two books in the author's new series, Darkest Days. No, not paranormal This series follows Feral Silence's rival band, Darkest Days. My Goodreads reviews will show beneath the info of each book. 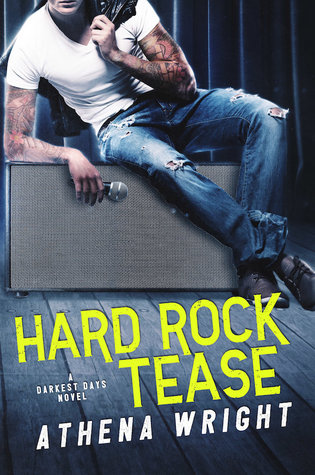 Rock god Noah Hart needs inspiration. And he's choosing me as his muse.

In my darkest days, I found solace in the words of rock star god Noah Hart. He saw into my heart. And I saw into his. Even though we'd never met, I felt as if I knew the man behind the music.

Then I met him.

But the only time we connect is when we take to his bed. Noah plays my body as skillfully as he plays the piano. He makes me feel things I've never dreamed of.

And that includes heartache.

The man behind the music is nothing like I imagined.

Who exactly is this Noah Hart I've met, and what the hell happened to my soulful, romantic poet?


Hard Rock Tease is a sexy New Adult Rock Star Romance. It is the first novel in the Darkest Days series, but can be read as a standalone with a HEA.

DISCLAIMER: I received an e-ARC of this book via the author. Also, I read it a while back but don't remember when that was.

Noah Hart will win your heart. I love Jen; I remember her character from the Feral Silence novels. Her determination to see Noah deeper than the surface and not let him push her away is to be admired. Noah's trust is not easily earned, and at the slightest possibility that Jen would betray him, he doesn't let her come near him again (for a while). I love how Jen's character is still friends with Natalia (Natalie?) and Ivy and how they visit this book for a while. Love it! 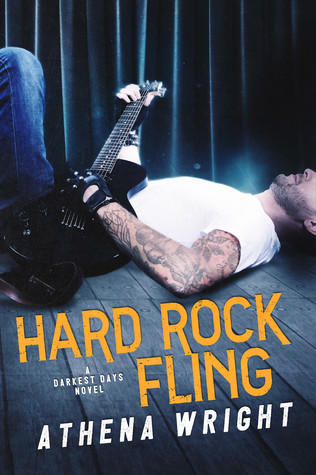 It's just a fling. Rock stars like Ian are known for breaking hearts. I'm not going to let him break mine.

Ian Drake, one of the genius twin guitarists of Darkest Days, is known for his brilliant green eyes, his sly grins, and his mischievous flirting.

Ian says I'm special. He says I'm not like the others. He showers me with pretty words, just as he fills me with naughty desires.

Everyone knows rock stars like Ian don't do commitments. This is just physical. Just fun. I'm going in with my eyes wide open.

Because there's a secret he's not telling me. And why would he? We're just having a fling.

I told myself I wouldn't let Ian break my heart.

But I'm dangerously close to falling for a playboy rock star.

Hard Rock Fling is a steamy New Adult Rock Star Romance. It is the second novel in the Darkest Days series, but can be read as a standalone with a HEA.

This book contains mentions of self-harm. Readers should proceed with caution.

DISCLAIMER: I received an e-ARC of this book via the author.

Oh my gosh. Oh my gosh. Oh my gosh! I cannot even begin to say how heart wrenchingly amazing this book is! My heart hasn't even begun to calm down. Ian is perfection. I love Hope. I love the fact that Hope is also a twin. Athena Wright brought in the subject of self-harm and I can say it was not so much that it would be influential, but it was definitely a good amount to make me want to stab myself in the heart because it really is heartbreaking that anyone would think it could help them not feel different pains. But it was so good and now I need to know if Faith and Damon have a story coming up.