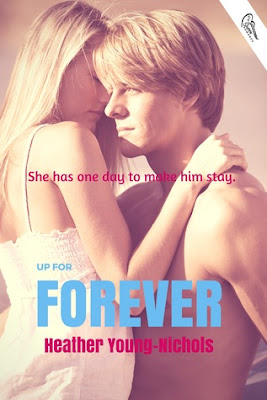 For Kendra Roberts, love is for fairy tale princesses who don’t live in the real world. Mr. Right? What a joke. It’s more like Mr. Right Now.
But imagine her surprise when she realizes it’s been two whole years, and Mr. Right Now has become something more. How the hell did that happen?
Panic sets in when Kendra finds out that Adam Burger might be planning a future for them and making her his “Mrs.” Mrs. Burger.
Not. So. Fast.
Kendra ends things with Adam, feeling bad for letting things go this far.
After months of trying to convince herself she made the right decision, a mutual friend’s wedding throws them back together again.
In one mind-blowing moment, Kendra comes to the crushing realization that she’s been in love with Adam all along.
But when Adam seems to have already moved on, will Kendra fight for their forever after? Or will she let her once Mr. Right Now go and become someone else’s Mr. Right?

Excerpt
“We could take off and leave them all behind,” I said with a smile, hoping my sunglasses hid the way my eyes were checking him out. I should’ve known I wanted to keep him around. He was the only one my body reacted to so quickly.
“That would be fun.” He smiled back.
I’d been standing on the bow but hopped down to drop my own bag back by the seats.
“So, is this a permanent kind of thing?” I nodded my head toward Ashley’s laughter.
“Ah, don’t think so.” Adam eyed my reaction. When I gave none, he fell back against the side of the boat and dropped his voice. “I wasn’t going to invite her today but fucking Sam was talking about it last night and she got all excited. I didn’t want to say, “Hey, I don’t want you there” in front of everyone, you know? She kinda invited herself.”
“You’re a nice guy, Adam.”
“Not that nice. After today, she’s got to go. What the hell was that last night? When did it become normal to go out a couple of times and start planning a future together?” I tried to keep the giggles to a minimum but almost lost it right there. She was totally planning their future, which was the main reason I already hated her. That was my future she was planning. If I could still make it happen. “Anyway, rebounds and such.”
“How much of a rebound?” I said it without thinking. “Sorry. Don’t answer that.”
“Friends, right?” He eyed me cautiously. I nodded. “Not that much of a rebound.” 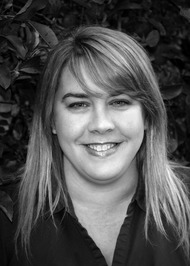 About the Author
I  have been writing since I was a kid when I wrote short stories for my mom and gave them to her as gifts. She loved it. Then I wrote my first novel length story in 2009 and have been going strong since then.
So I love coffee (usually the cold kind), I love books (usually the hot kind). If I’m not writing (which I do a lot of) and I’m not spending time with my family, you can find me with a book or my Kindle. I still prefer print and buy my favorites even when I already have them digitally but I do use my Kindle relentlessly.
September 2013 was the month things got real. I signed my very first book deal with Swoon Romance that I am totally hand flapping and nerdy dancing over.
Goodreads | Twitter | Website | Facebook | Pinterest