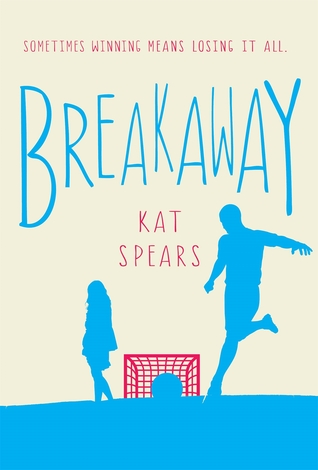 From Kat Spears, author of Sway, comes a new novel that asks the question: when a group of four best friends begin to drift apart, what will it take to bring them back together?
When Jason Marshall's younger sister passes away, he knows he can count on his three best friends and soccer teammates—Mario, Jordie, and Chick—to be there for him. With a grief-crippled mother and a father who's not in the picture, he needs them more than ever. But when Mario starts hanging out with a rough group of friends and Jordie finally lands the girl of his dreams, Jason is left to fend for himself while maintaining a strained relationship with troubled and quiet Chick. Then Jason meets Raine, a girl he thinks is out of his league but who sees him for everything he wants to be, and he finds himself pulled between building a healthy and stable relationship with a girl he might be falling in love with, grieving for his sister, and trying to hold onto the friendships he has always relied on. A witty and emotionally moving tale of friendship, first love, and loss, Breakaway is Kat Spears at her finest.
Goodreads | Amazon

DISCLAIMER: I received a review copy (via NetGalley) in exchange for an honest review. I will try to refrain from giving spoilers, but I will just state the facts that have already been stated in the description.

Characters/Plot: Jason is a bit cocky, in my opinion at the beginning of the book. But I suppose that is just because he is grieving his sister. There is language in there, beware. It seems that no one truly took notice of Jason (off the soccer field) until after his sister, Sylvia, passed away. . . Or did they? I like the random yelling in Spanish. I really like Raine's independent character. She gives off to be high-strung, but she is well thought out. The characters are developed. The storyline is interesting.

My Honest Opinions/Thoughts: I lost two younger siblings. I was able to relate to the first portion of Jason's story. I really liked the storyline, the characters. It did take me a while to get into reading this book, but I still loved it. I did not have that glued-to-the-book feeling, but I did love it, and I would totally recommend this book to anyone who likes plots (as the description describes) witty and emotionally moving tale of friendship, first love, and loss.

About the Author
I am a novelist, bartender, mother of three freeloading kids, non-profit management guru, and, apparently, the only person on the planet who reads in the shower. I am not a role model. My debut YA novel, SWAY, was released in September 2014 by St. Martin's Press. The forthcoming BREAKAWAY will be released in September 2015, also from St. Martin's Press. Follow me on Twitter and Tumblr at katwritesbooks or follow my playlists on Spotify at katbooks.
Goodreads | Twitter