Under His Skin (Entangled Covet) by Stacey O'Neale (@StaceyONeale) #Review 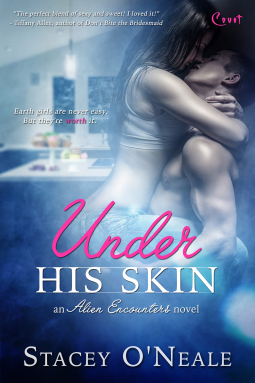 Description: Bakery owner Annabelle Sparks’ business is booming ever since she won reality TV's Cupcake Wars. The one thing deflating her happy soufflé? The extremely sexy Kaden Chance only sees her as a best friend–and Annabelle wants so much more. After waiting a year for him recognize their chemistry, she’s giving up and dating other people.
What she doesn't know is Kaden's heart doesn't actually beat. He's not human. Heck, he's not even from Earth. To retain his intergalactic immunity, no one can ever know he is an extraterrestrial. But when Annabelle starts dating, something strange happens to Kaden's unmoved heart: it begins to beat. Now he faces an impossible choice—tell Annabelle the truth and be deported–or lose his last chance at love.
Goodreads

Disclaimer: I received a review copy (via NetGalley) in exchange of an honest review. (Not my usual NA content . . .)

Characters/Plot: Kaden is quite the character. The cover does his description justice. Annabelle is sensible, I suppose, up until you realize how attracted she is to Kaden, who is an E.T. Right from the start, you learn that they both have feelings for each other, more than best friends should. And then things get steamy, like a lot. Also, you get attached to their relationship, and when the road gets bumpy, it hits home.

My Honest Opinions/Thoughts: I bloody cried towards the end, when Kaden lied to Annabelle. My heart was wrenched from my chest, and I bloody L♥VED it! Totally worth the read for those of you who like Sci-Fi and steamy romance. And hot-headed best friends who will kick a guy's butt for breaking her girl's heart.
I have read a lot of EntangledPub's books, mainly Crush and a few from Embrace. But I did not know what to expect from Crave, and I was not disappointed. Under His Skin was a great read and I am sure I will read it again. 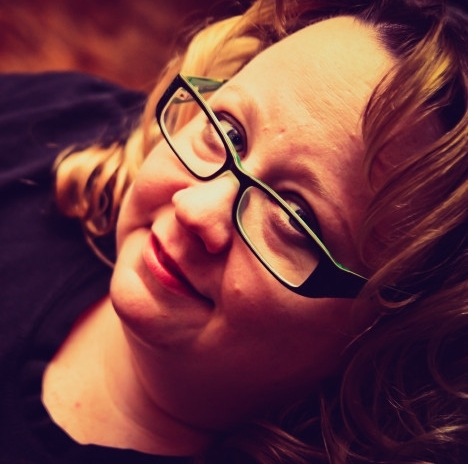 About the Author
Award-winning author, Stacey O'Neale, lives in Annapolis, Maryland. When she's not writing, she spends her time fangirling over books, blogging, watching fantasy television shows, cheering for the Baltimore Ravens, and hanging out with her husband and daughter.
Her career in publishing started as a blogger-turned-publicist for two successful small publishers. Stacey writes young adult paranormal romance and adult science fiction romance. Her books always include swoon-worthy heroes, snarky heroines, and lots of kissing.
Stacey loves hearing from readers. Follow her on Twitter @StaceyONeale, look for her on Facebook, Pinterest, and Goodreads. You can also visit her blog at http://staceyoneale.com/