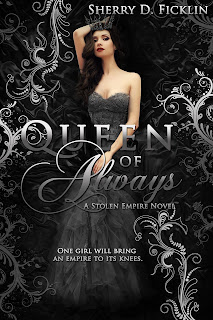 Queen of Always by Sherry D. Ficklin
(Stolen Empire #3)
Published by: Clean Teen Publishing
Publication date: September 15th 2015
Genres: Historical, Young Adult
Synopsis:
LONG LIVE THE QUEEN
If her time at court has taught Catherine anything, it’s that there is no room for weakness in Imperial Russia. With the Empress’ health failing and rumors of a change in the line of succession, her place in the royal line is once more in jeopardy. Tormented by her sadistic husband and his venomous mistress, Catherine must once more walk the fine line between pleasure and politics—between scandal and survival.
When her young son becomes the target of those rebelling against Peter’s reign, Catherine will have to rise up to protect herself, her child, and her nation from his unstable and potentially catastrophic rule. This means putting herself at odds with the most dangerous man she’s ever known, trusting those who once proved to be her enemies, and turning a nation against its sovereign. In the ultimate battle for the crown, new alliances will be forged, loyalties will be tested, and blood will be shed.
Don’t miss this breathtaking conclusion to the Stolen Empire series!
Queen of Always is a YA historical fiction based on the life of young Catherine the Great. Fans of the hit TV show REIGN will devour this scandalous glimpse into the life of one of the most dynamic women in history.
Goodreads | Amazon | Barns&Noble


He touches the flame to my gown. All I can do is scream as chaos erupts around me. 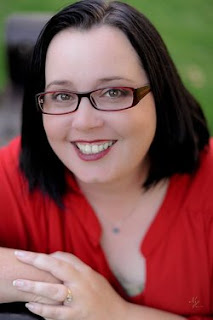 Sherry D. Ficklin is a full time writer from Colorado. She can often be found browsing her local bookstore with a large white hot chocolate in one hand and a towering stack of books in the other. That is, unless she's on deadline at which time she, like the Loch Ness monster, is only seen in blurry photographs. She is the author of over a dozen novels ranging from contemporary romance to science fiction. In her spare time she co-hosts the Pop Lit Divas radio show and is a contributor for Fangirlish.com.
You can see more about Sherry and her books at her official website, sherryficklin.com
Author links:
Facebook | Twitter | Goodreads

Really awesome giveaway! Prize provided by the author. One winner will be given an e-book copy of the second book in the Stolen Empire series, Queen of Tomorrow.