LIAM O’SHEA, bestseller author of the SciFi saga, Eiloe.
All I knew was pain – a childhood filled with cruelty and villains who used and abused.
Until Éolie.
I first heard her sweet, angelical voice in the dark of night, when I lay bathed in my own impending death. Seventeen years later, it’s not the nightmare she pulled me out of that haunts me, but the glimpse of Happily Ever After she revealed just before disappearing.
They said she was a figment of my boundless imagination. A wish. A dream. Until I had no choice but to believe them, cherishing my imaginary savior the only way I knew how – in fiction and lore.
But fantasy has a way of transforming reality. When I finally tire of being a citizen of the world, I take an impromptu sabbatical as a professor at a small college on the coast of Maine. And there I see her, the girl with the sea-green eyes and angelic voice.
My world turns upside down. Turns out my girl is for real, and the pull between us is anything but imaginary.
Happily Ever After has a story … and this one is mine.

Goodreads / Amazon
—
Guest post by Sylvie Parizeau
The overall theme of the Incandescent Series is romantic with a touch of magic and whimsy.
Bonjour !
As you know by now (spoiler alert if you haven’t read my full bio : http://www.sylvieparizeau.com/about-sylvie/), I am epilogue obsessive compulsive.
And as Éolie once said to Liam in one of their deleted scenes:
_“Liam, it’s a compulsion. I swear; I start to read fully intending not to skip ahead, but I can’t help it. I need to know how it ends before I can enjoy how the characters get there. I cannot bear anything less than a happy ending. Everyone deserves a happily ever after.”_
Guilty as charged. I am one of those who read the end … right after Chapter One. So by now, you’re either, gasping, cringing, totally scandalized, or smiling in complete accord, depending on which side of that story you stand, non?
But in any case, this obsession of mine is what started my story-telling journey. I can’t tell you how many times I concocted additional scenes in my head every time I got lost in a romance book. What do you mean The End? Noooo. It’s the beginning! Give me the happy!!
And as such, Liam and Éolie’s story, INCANDESCENTLY, book One in the Incandescent Series, holds a very special place in my heart, and I hope it will in yours too come October 22, 2016.
Meanwhile, in heartfelt appreciation for being such an awesome and all-around wonderful blogger, your tribe is among the first ones to enter a chance for a signed paperback copy as well as a signed copy of the map. A journey into the incandescent world of the Forest of Laure where all of my characters find their Happily Ever After, love, cherish, and grow, one story at a time.
So? In the mood to read something romantic with a touch of magic and whimsy? Go ahead. Let yourself loose. 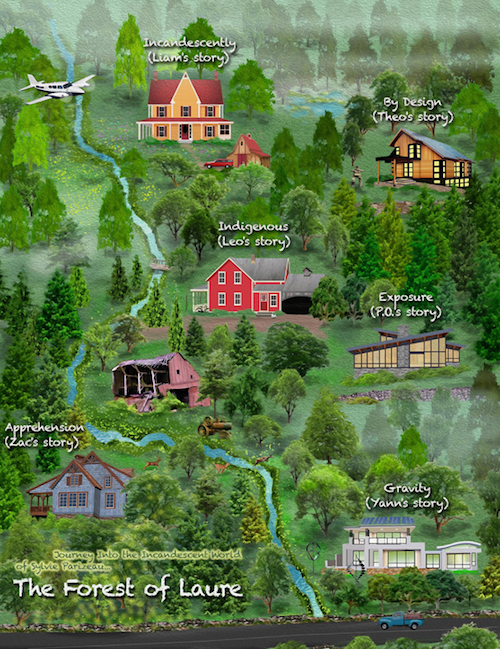 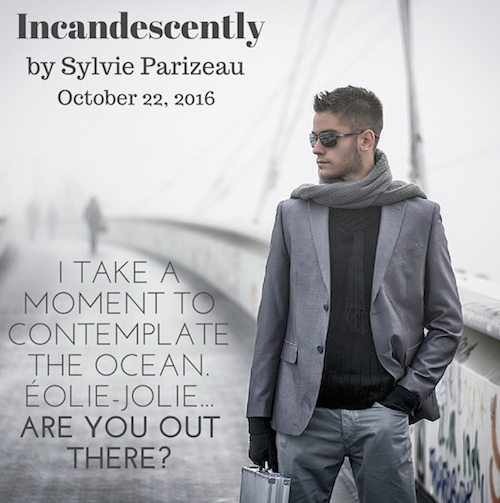 About the Author
A paralegal by day and incurable romantic by night, Sylvie is a cross-genre, and she takes Happily Ever After very seriously. The End just isn’t in her vocabulary.
An incorrigible daydreamer, she now feeds her obsession with epilogues by concocting stories in which heroes deal with the happy from the get-go. Ready, or not. And she confesses under oath to loving every minute of it.
Sylvie lives her own Happily Ever After in the beautiful mountains of Les Laurentides in Northern Quebec, alongside her whole set of characters.
In between treks in their backyard wilderness, you can find them hanging out at www.sylvieparizeau.com
Website / Facebook / Twitter