ONLY A RENEGADE WILL SURVIVE
Reckless, desperate, and distraught, Noa Sullivan leaps into a collapsing Portal in the explosive finale of Shattered Blue— the jaw-dropping, award-winning first installment in The Light Trilogy— in wild hope of rescuing her little sister Sasha. Now Noa and the Fae brothers who love her—Callum and Judah Forsythe—must find a way to survive not only across worlds but between them, in places so treacherous and deceptive their own minds are twisted against them. As the three fight to survive their passage, they battle not only enemies but themselves, and their darkest, most difficult secrets.
Surviving, however, is only the beginning: Noa needs to find Sasha. That means becoming a warrior herself, one just as fierce as the magical brothers battling for her love. Across broken cities, underground labyrinths, rushing floods and endless skies; in the face of legions of armies, horrifying tyrants, and the most deceitful of friends, can Mortal Noa rescue her sister—and understand her own heart—in time to escape the most deadly of magic realms?
Collect all three of RENEGADE RED’s limited edition covers, revealed by USA TODAY 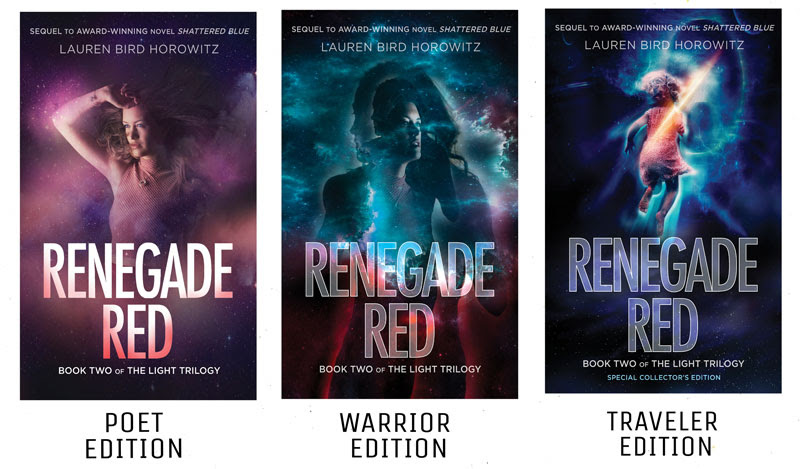 "Poetry on every page. Horowitz paints pure beauty with her tangle of heart stopping words.
The Light Trilogy is magic typeset."
- E.J Mellow (Author of The Dreamland Series)
"A vibrant blend of dystopian dysfunction and ethereal fantasy...a thrill ride."
- J. Kowallis, Author of The Enertia Trials
“Beautifully written with a poetic soul…Renegade Red isn't just a sequel. It is the continuation of a magical story that weaves itself into your heart, leaving you breathless.”
- Kristen Hunt, Author of Blonde Eskimo
"A must read"
- VOYA Magazine 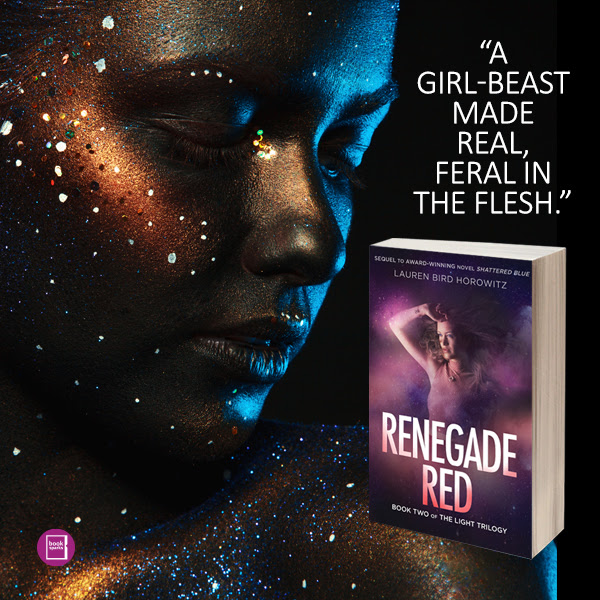 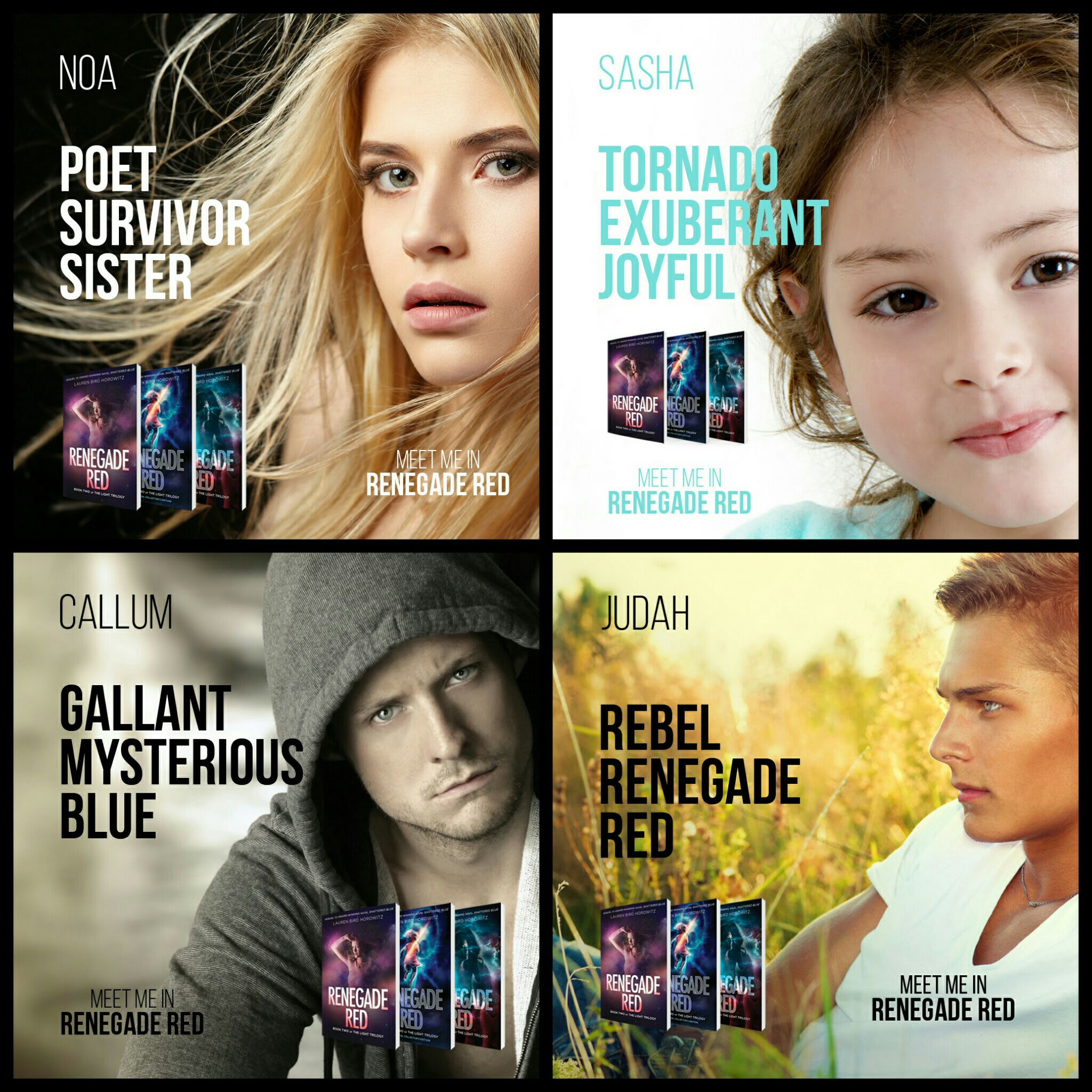 “Anyone who’s ever fantasized about kissing a Fae will enjoy Noa and Callum’s
first, sexy kiss. . . . Hip. . . fast-moving. . . lyrically concise.”
—KIRKUS REVIEWS
“I guarantee you'll be hooked and anxiously awaiting the next book in the series.”
—USA TODAY, Must-read Romances of 2015
“A fantastical tale of love and betrayal
. . . more than enough emotion and angst to keep any romance-loving teenager
glued to the pages, and the promise of a trilogy will keep them eagerly
anticipating the next book."
—SCHOOL LIBRARY JOURNAL
“A book to fall for”
—BUZZFEED
“Not your average fairy tale . . .will have you clamoring for more of a story that
you didn’t see coming . . . new and surprising."
—HYPABLE
“Magic, action and a really, really attractive love interest . . .
what more could you want?"
—GLITTER MAGAZINE
“A love story you won't soon forget . . .
a story of protection, sacrifice, and love."
—SHEKNOWS.COM
“Book To Lean On When The Going Gets Tough."
—BUSTLE
“A Book for All Ages”
—MARIASHRIVER.COM
“Fae, magic, elemental control . . . two hot, confused brothers . . .
LIKE YES PLEASE . . . WHAT MORE COULD YOU ASK FOR!”
– Benjamin Alderson,
Benjaminoftomes Book Tube

CAN LOVE SPAN WORLDS?
For Noa and Callum, being together is dangerous, even deadly. From the start, sixteen-year-old Noa senses that the mysterious transfer student to her Monterey boarding school is different. Callum unnerves and intrigues her, and even as she struggles through family tragedy, she’s irresistibly drawn to him. Soon they are bound by his deepest secret: Callum is Fae, banished from another world after a loss hauntingly similar to her own.
But in Noa’s world, Callum needs a special human energy, Light, to survive; his body steals it through touch—or a kiss. And Callum’s not the only Fae on the hunt. When Callum is taken, Noa must decide: Will she sacrifice everything to save him? Even if it means learning their love may not be what she thought?

LAUREN BIRD HOROWITZ, screenwriter and novelist, has won an enthusiastic following for her innovative, lyrical poetic voice. Her debut novel Shattered Blue: Book One of The Light Trilogy, won the 2016 Independent Publishers' (IPPY) Silver Medal for Young Adult Fiction, as well as Finalist honors in the 2016 USA Book Awards for Best New Fiction and Best New Fantasy, the 2016 Next Generation Indie Book Awards for Best Young Adult Fiction, and the 2016 International Book Award for Best Fantasy. It was also listed as one of USA Today's top romances of 2015, and selected as a notable book by Buzzfeed, Popsugar, Hypable, San Francisco Book Review, Glitter, The Culturalist, Teen Reads, Maria Shriver.com, Bustle and others.

Bird studied writing at Harvard University with novelist Jamaica Kincaid, winning several prizes including the Edward Eager Memorial Prize for fiction and Winthrop-Sargent Prize for writing. She’s a proud member of the Writers Guild of America. 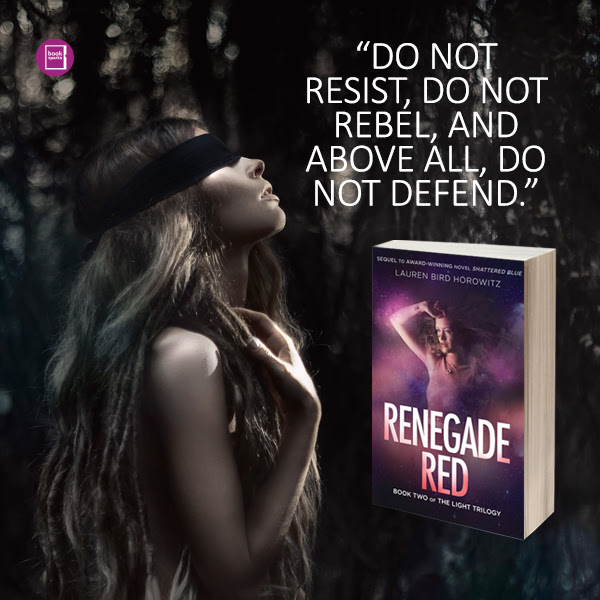 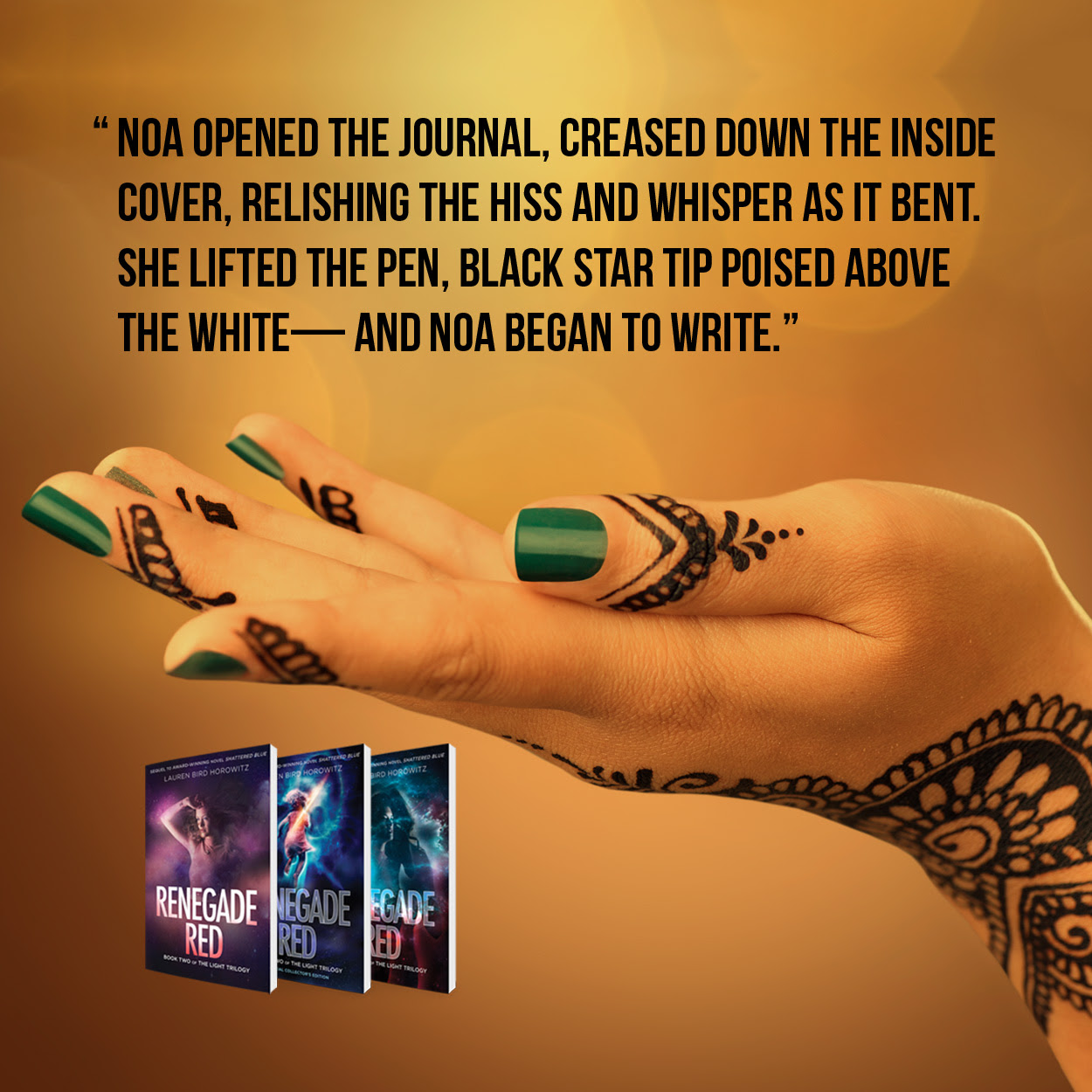