Hey Invaders! I know, you're on compiled review overload. But can you blame me? There are so many books that I just have to share with you and most of which I haven't gotten around to sharing on this blog yet. This post consists of two NA rock star romances that are destined to rip your heart out. They both stand-alone novels, and the book that I mention first I actually read last year, just never got around to posting a review on my blog. Even now, I feel like I am having a heart attack, because I know what happens.
Little disclaimer. Both of these books are for mature NA readers. Ages 18+, please. Without further adieu, let's get into the books! 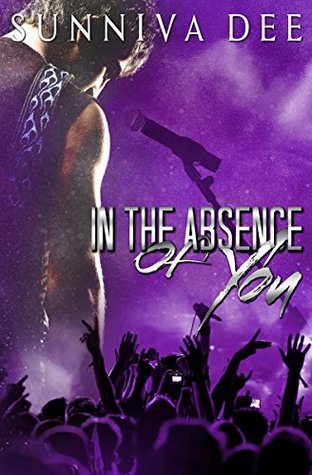 
This isn’t your typical romance.


This isn’t your traditional romance with Wholesome Girl finding Prince Awesome and living happily ever after. If that’s what you’re looking for, look somewhere else.


Because in this story, no one gets out unscathed.

Aishe is running. Running from the burn of a love she knows will consume her.
Running from a soul mate she’s never even met.
If only she hadn’t been hired as a merch girl for the hottest indie band on earth.
If only she’d never laid eyes on its front man, Emil—intense, sexy, and so unlike the men of her culture.
If only she hadn’t fallen onto his lips, then into his bed.
If only her flame hadn’t exploded into a full-on forest fire.
If only Emil’s heart didn’t belong to someone else.

In The Absence of You by Sunniva Dee
My rating: 5 of 5 stars

DISCLAIMER: I received an e-ARC of this book in exchange for an honest review.
I am a little out of sorts. The last chapters still have me . . . on edge. With a couple deep, dark, tough, touchy subjects, I need a few days. ♥

Sunniva is a genius! This book was pure brilliance. The characters; the depth of how far a person's mind can go when they know they are missing something in their life. Or when they realize they will never be able to grasp what they think need to feel complete. Heart wrenchingly amazing. Leaves you feeling every possible emotion and you still want more. 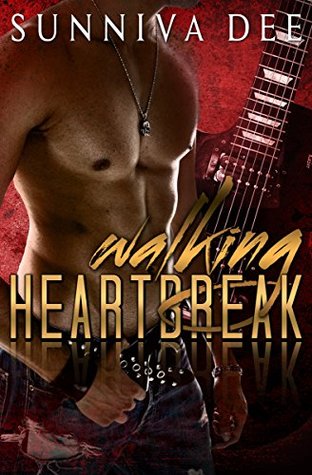 Indie-rocker Bo Lindgren is worshiped for his looks and musical genius. It's been lonely at the top since his ex left. Bo will never take a girlfriend again though, because he doesn’t have the chops to love. He knows he's poison, a heartbreak waiting to happen for anyone he allows too close—like his ex. Bo screws his way through the fangirls until he's sick of it all. Until the dark gaze of Nadia Vidal appears in the door to his dressing room.

Saved from an arranged marriage by Jude, the love of her life, Nadia eloped and got married at nineteen. But now, two years later, life is wilted, dead, and not what anyone should have to endure.

Nadia, with her secret-keeper eyes and instant understanding of who Bo is, attracts and fascinates him without even trying. The ring gleaming on her finger should keep them apart, but morals can’t always resist destiny.

When brokenhearted meets heartbreaker, whose heart is really at stake?

Walking Heartbreak by Sunniva Dee
My rating: 5 of 5 stars

DISCLAIMER: I voluntarily requested and received a copy of this book for honest review.

Honestly, can Sunniva's writing be more perfect?! The title is so fitting to the story. I can't even begin to say what it was like to read this book. I am rendered speechless. I love Nadia and Bo! Excuse me while I go wallow in my pillow. I don't know what to do with myself. ♥

Afterthought: For those of you who have not read either of these titles, to appreciate the depth of Emil's story (In the Absence of You), it is suggested that you read Walking Heartbreak first, because you get a slightly bigger introduction to why he resorts to . . . SHH! I'm not spoiling the story. You'll have to read it for yourself to find out.

That is all for this post. How many of you have these books? Or perhaps another Sunniva Dee title? I have read 2 more titles from her, I just haven't shared them on my blog yet. I will try to share those with you guys soon.