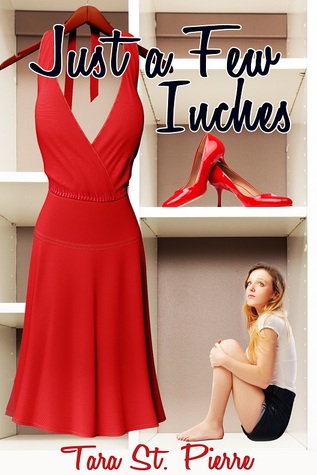 All Carrie Roberts wants is to be a little bit smaller.

To fit into the perfect dress for the Valentine’s Day Dance. To look beautiful for her boyfriend, the school’s star basketball player. To keep his jealous ex-girlfriend, a rival cheerleader, away from him. And to be noticed by her classmates.

Exercising and dieting don’t work, but an advertisement for weight loss pills promises a quicker solution to her problem. As time runs out, she takes more than the recommended dose until she’s just a few inches slimmer. Heads turn when she arrives at the dance, and the wonderful night with her boyfriend is beyond what she dreamed it would be.

Days later, Carrie discovers that her body is changing in ways that should be impossible. While her doctor searches for a cure, she desperately turns to her friends and family for support. Everyone is noticing her now whether she likes it or not, and even the media is intrigued by her incredible story. Getting everything she once wanted has created new problems—problems that are growing more terrifying every day.

Because Carrie Roberts is shrinking.

"Just a Few Inches" is a Young Adult novel that deals with issues of body image, self-esteem, and teenage relationships. It is intended for readers age 13 and up.

DISCLAIMER: I received a copy of this book, from the author, for an honest review.

I literally just finished this book. Um . . . what is a good word for the good version of stressed out? Because while reading this book, I was a bit stressed out. What I don't know is whether it was good or bad for my poor heart. And not because this book had sweet romance, because it did, but because I felt like I was Carrie.

Every time Carrie's height changed, I got up from my couch and walked around the house to find any object that would be equated to her height. My several younger brothers are witnesses to my freak outs. It's too bad I didn't choose to film my reaction. Which I totally would have.

The author is an excellent writer. I must say that I was thoroughly impressed with how easily captivated I was while reading. Not once did I feel like a sentence was lagging or overly descriptive (because I've come across many books that had unnecessary EXTRA description that tore away from the story a little bit). It was literally perfect in every aspect known to me in the literary world.

The bits of grammatical corrections when Carrie is editing for the school newspaper had me grinning. In my head, I was shouting: Yes! Someone brought all of these topics to light! Because, I can admit, I am guilty of messing up now and then, 2.

My Rating: 5 of 5 Stars.
I never had major issues like the ones mentioned in this book. But we all have them at one point or another during our lives, right? The author brings into perspective a subject that weighs down on majority of our society.

Also, long before it even happened, I was totally rooting for Evan. His character brought so much optimism and positivity to Carrie's days that I want him to be real so badly. Todd's character, though he was pretty sweet as well, had the big red stamp on him when the story got rolling. I mean, c'mon! Looking around to make sure no one is looking before he gives Carrie a kiss? I'd slap him right across the face.

This is officially my last book review of the year. If I happen to read any other books before the New Year, I most likely won't share them until January.