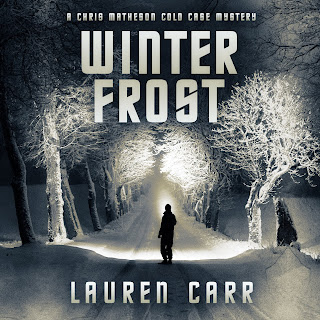 
"Filled with twists and turns, Winter Frost reads perfectly well as a stand-alone, although it is part of a series. The author creates tension and suspense throughout by keeping the reader guessing; she keeps readers engaged with well fleshed out characters and a dash of humor. Sterling, the retired German Shepherd police dog turned card shark, is a new favorite. As the story flows, the truth unfolds, layer by layer, leading to a satisfying conclusion.


"Winter Frost was an entertaining, at times humorous read with suspense, some surprises, and even cute animals in the mix." Review of Winter Frost by The iRead Review


​It all started with a chance encounter in the city with Blair, his late wife.

Chris Matheson and the Geezer Squad, working under the guise of a book club, dig into the events surrounding his late wife’s supposed death halfway around the globe. A state department employee shoots himself in the back three times. A CIA operative goes missing. A woman is targeted by an international assassin three years after being declared dead in a terrorist attack overseas.

Nothing is as it seems.

In his most personal cold case, Chris fights to uncover why the state department told him that Blair, the mother of his children, had been killed when she was alive. What had she uncovered that has made her a target? Who terrified her so much that she had gone into hiding and why are they now after him?
Buy the Book:
Amazon.com * Audible
Add to Goodreads

Winter Frost by Lauren Carr
My rating: 5 of 5 stars

WINTER FROST is the second book of the Chris Matheson Cold Case Mysteries. From what I gather, it's complete stand-alone to the previous book, ICE. However, it does touch some details that were previously mentioned.

Lauren Carr definitely raised the bar with this one. The Geezer Squad had to be my favorite part, and like in ICE, we could hear the thoughts of the animals as well. I do not wish to spoil the book for anyone. But the main plot of this book is the sudden reappearance of Chris' "late" wife. As far as anyone knew, Blair was dead. But now there's a possibility she's actually alive and it's throwing a bit of a monkey-wrench into everything.

The narrator, Mike Alger, did a fantastic job. The multi-voices were amazing. I am actually curious to check out more of his narratives.

**I was provided with a complimentary copy of this audiobook through iRead Book Tours. All opinions are my own and remain unbiased. 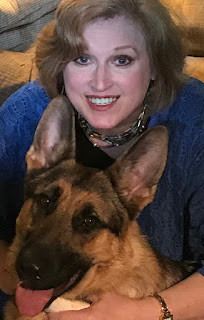 Lauren is a popular speaker who has made appearances at schools, youth groups, and on author panels at conventions. She lives with her husband, and two spoiled rotten German shepherds on a mountain in Harpers Ferry, WV.
Connect with the author:   Website  ~  Twitter  ~  Facebook  ~  Instagram