COVER REVEAL: Wings of Betrayal: The Faerie Rebel (Episode 1 of On Wings of Ash and Dust) by Brittany Wang

Hello, Haven Invaders! I am super excited to be sharing this cover with you today. A special thanks to Brittany Wang for the opportunity to be on her reveal team! 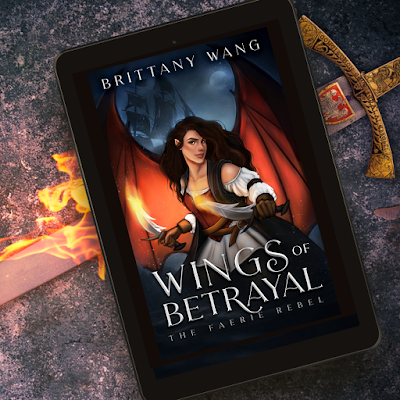 Wings of Betrayal: The Faerie Rebel
(Episode 1 of On Wings of Ash and Dust)
Genre: YA Fantasy
Release Date: August 3rd, 2021
Pixie pirate Quinn may be an outlaw, wanted by all five faerie clans, but she prefers it that way. All she wants is to finally become a captain in the pirate fleet and bury her true identity beneath the rolling waves. Except, she never expected to be looting a funeral—least of all her twin brother's.
Derailed by the news of his sudden death after he entered a competition for the faerie crown, Quinn can’t stay in the shadows any longer. Risking everything she’s built to avenge him, Quinn and her crew of outcasts infiltrate the world of clashing clans to attempt their biggest heist yet.
But there’s more at stake than she knows. And to truly honor her brother, she’ll have to face the dark past she’s spent years hiding while evading the same dangers that claimed her brother’s life.
Wings of Betrayal is the first Episode in the On Wings of Ash and Dust serial. Full of action and intrigue, with a unique world and fresh take on fae, this YA fantasy adventure is perfect for fans of Six of Crows and The Folk of the Air series.
LINKS: Amazon | Goodreads
Enter the Pre-Order Giveaway! 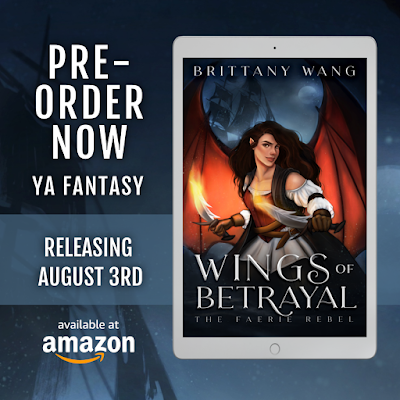