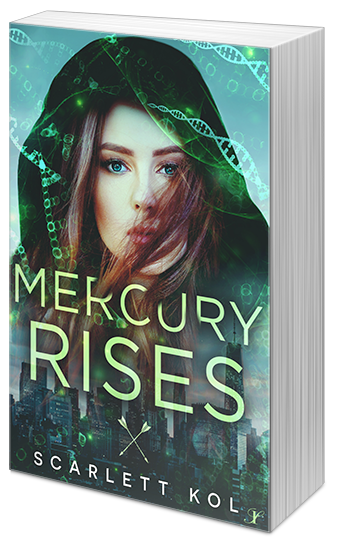 A girl looking for a way out.

Being the daughter of New America’s leader, Mercury Masters has everything a girl could want. A glamorous life full of beautiful people, and the power to have anything she wants, except for one thing—to escape. Because Mercury’s perfect life comes with secrets to keep. Dangerous secrets that if made public would destroy her, her family, and her father’s reign. Then she meets Hawk.

A boy looking to be a hero.

Hawk, a handsome prep school dropout turned vigilante, has his own family secrets. Deadly secrets that have haunted him since he was fifteen. But instead of fighting the ghosts of his past, Hawk has assembled a group of misfit hackers and thieves to save the future from the corrupt government of New America and the mysterious virus that is killing off its citizens. But trying to do the right thing is tough when the person you really want to save is your enemy’s daughter.

A love that could kill them both.

Powerful forces keep them apart, but coming together could be the key to saving New America from destruction—even though it may cost both their lives.

A near-future YA biopunk retelling of Robin Hood.

Mercury Rises by Scarlett Kol
My rating: 5 of 5 stars

I received an ARC of this book, through Chapter by Chapter Book Tours, in participation of a blog tour. This is my honest review. And my review is like me: short and sweet.

This was a great twist on the Robin Hood tale. Its one of my favorites. This is my first time reading a Scarlett Kol book. It was great. It was a fairly fast-paced, fun read. Mercury and Hawk are amazing characters. Developed and written really well. There was a chemistry between them. I could relate to them. My head was in the story. Did it hold me from start to finish? To an extent.

Scarlett Kol grew up in Northern Manitoba reading books and writing stories about creatures that make you want to sleep with the lights on. As an adult, she's still a little afraid of the dark. Scarlett now lives just outside Winnipeg, Manitoba, Canada with her husband and two boys, but if you need to find her she's likely freezing at the hockey rink. 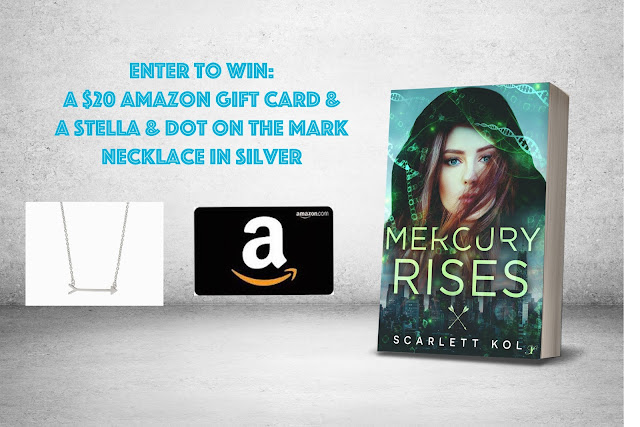