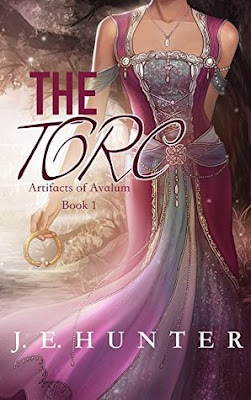 Aurora Daniels has just finished her first year of university and is ready for summer fun when she meets Garret, the mysterious older brother of her best friend, Ivy. Garret isn't what Aurora expected, yet her connection to him is undeniable. But something lurks beneath Garret's charming exterior, a danger that Rory isn't prepared for.

As Rory spends more time with Ivy and her brother, she grows closer to Garret, until the undeniable attraction turns into something more. But a relationship with a cursed soul isn't simple. As Garret's mysteries are slowly revealed, Rory learns that she isn't all that Garret wants. He wants something else, too. Something that would mean giving up her family and her future to undertake a dangerous journey through a land lost in mist and fog. A journey that will change her life forever. A journey that might lead her to her grave. 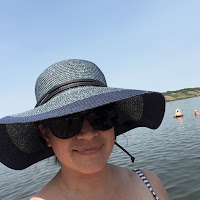 About the Author
J.E. Hunter lives in Saskatoon, Saskatchewan, and began writing as an excuse to stay inside during the cold winters. Her favorite season is the fall, and her favorite hot beverage is currently a peppermint mocha. Most recently, J.E. Hunter released The Torc, the first book in the Artifacts of Avalum romantic adventure series. She is also the author of the Black Depths Series, which consists of five books, beginning with Sea-Witch. When not writing, J. E. Hunter can be found reading, walking through spooky woods, drinking coffee and coloring books, or listening to audiobooks at the gym.